At The Atlantic, Polly Mosendz reports on some of the extraordinary tributes to the increasingly-authoritarian Vladimir Putin on his 62nd birthday.

One of the tributes is an “art” exhibit in Moscow depicting the “Twelve Labors of Putin,” based on the 12 labors of Hercules.

Here he is, for example, conquering the hydra-headed sanctions of the EU, the US, Canada and Japan: 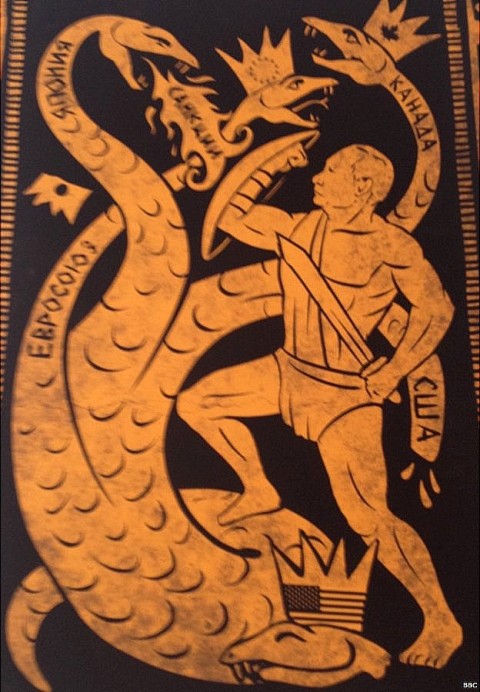 Here he is defeating the Russian oligarchy (to which Jackie Gleason’s Ralph Kramden has the best response): 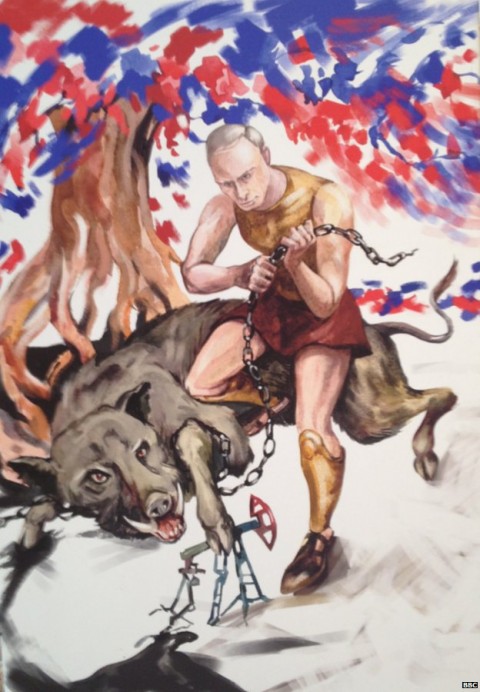 And here he is annexing Crimea: 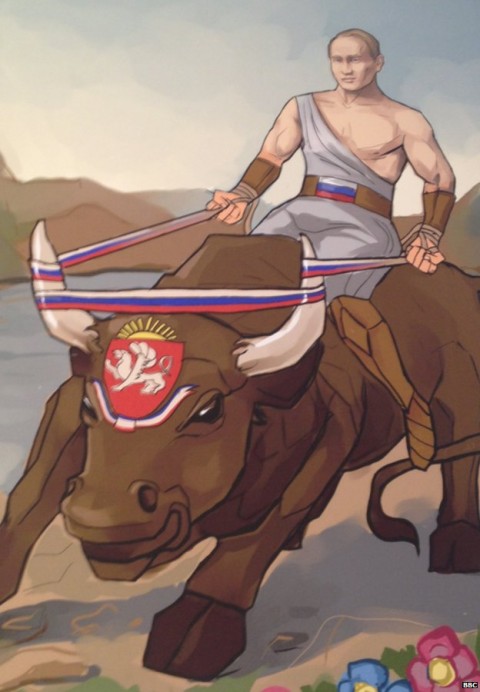 But perhaps creepiest of all is this video of children singing a song entitled “Happy Birthday, President of Russia” as they prepare and set out to deliver presents to the Leader:

What’s most unsettling is the thought that someone somewhere will watch this and say, “Awww.”

In what is surely an utter coincidence, here is a poster created for Joseph Stalin’s 60th birthday in 1939: 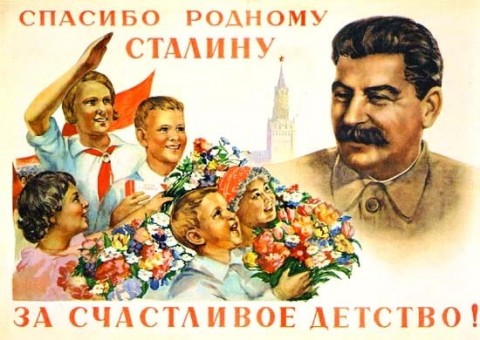 That was the year that the Soviet newspaper Pravda published “sincere” and “warmest” birthday greetings to Comrade Stalin from his Nazi allies Adolf Hitler and Joachim von Ribbentrop: 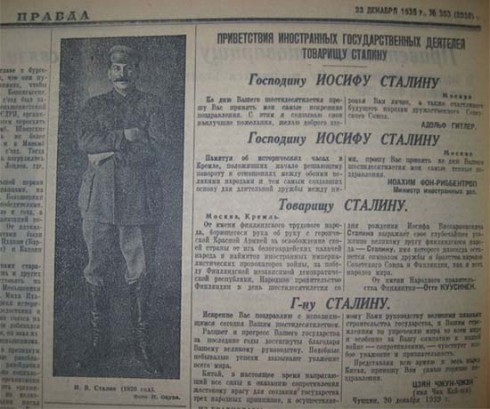 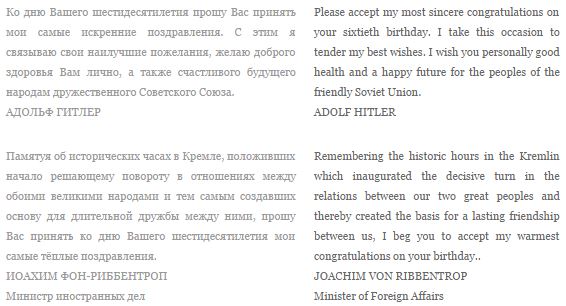