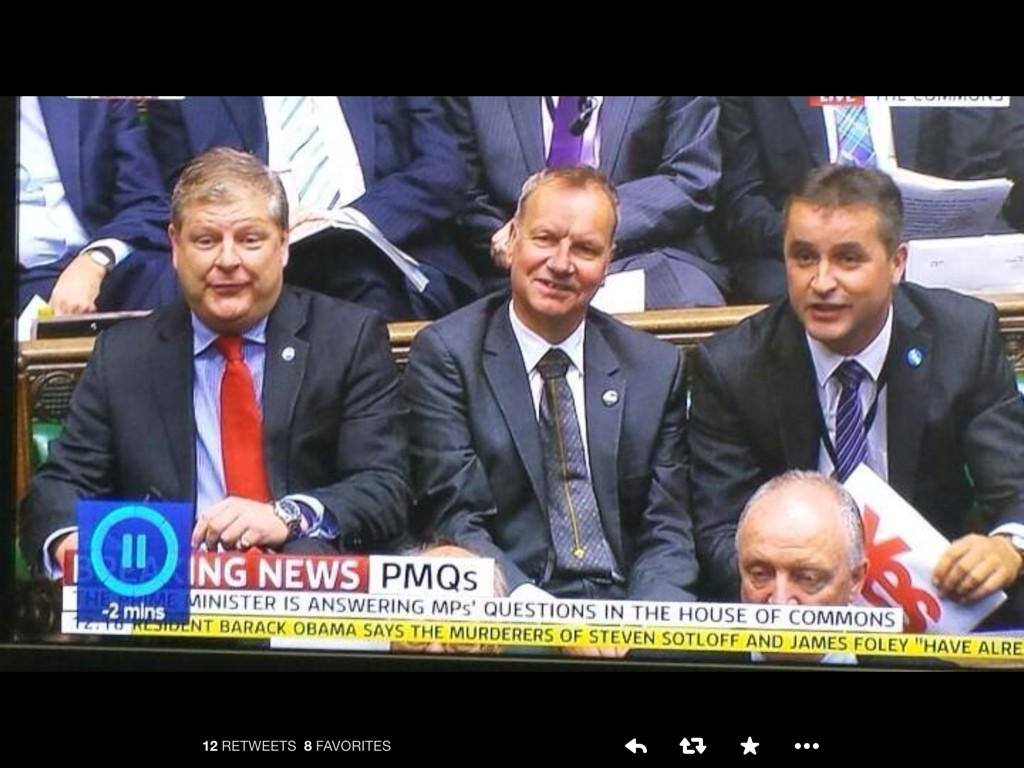 As the Prime Minister was addressing MPs on the imminent threat to the life of Scots hostage, David Haines in Syria, at least half of the SNP Westminster group considered it a moment for cheap grandstanding and bandying around YES banners.

From left to right: Angus Robertson of Moray; Pete Wishart of Perth and North Perthshire; Angus Macneil of Na h-Eileanan an Iar. Shortly after being elected in 2005, qualified and married school-teacher Macneil was caught in a hotel room with two 17 year old girls.