One of the Islamic State terror group’s key financier was director of a Muslim faith school in Birmingham, it emerged today.

Until February 2013, the Sunni was a director of the independent Al-Birr school in Nechells, Birmingham, which was founded in seven years ago.

Dr Nabil al-Awadi, a naturalised Kuwaiti, was a director of the independent Al-Birr school in Nechells, Birmingham. He is believed to have close links to the Islamic State group

Now he is president of the Kuwait Scholars’ Union, which has reportedly channelled tens of millions of dollars to the Islamic State and other jihadi groups in Iraq and Syra.

Earlier this month Dr al-Awadi was stripped of his Kuwaiti citizenship along with nine other Kuwaitis, after the state cited ‘security reasons’.

“The £1,500-a-year mixed school he was a director of has also been accused of having close links to the radical Al-Muntada Trust, the Sunday Telegraph reported.

The London-based trust has attracted controversy in the past for giving a platform to radical clerics.

It also attracted scrutiny when it was alleged some of its funds have ended up in the hands of Boko Haram, the militant Islamist group in Nigeria.

The trust said it has never had any connection with Boko Haram and that it condemns terrorism in all its forms.

In July 2012, it ran a conference with al-Awadi and another jihadi cleric, Muhammad al-Arifi, who has now been banned from Britain.

If you’ve read Harry’s Place, you will know all about Al Muntada and its links to hate preachers. To recap.

and of course, Nabil al-Awadhi.

The Al-Muntada centre was also a formal backer of the “Stop Police Terror” campaign, which encouraged Muslims to defy police anti-terrorism operations over the first half of the last decade.  The campaign also toured Al-Qaeda preacher and recruiter Anwar Al-Awlaki around the UK when he was living in the country in 2003-04. At the time Awlaki urged Muslims not to inform the police about suspected terrorist activity.  In a sermon at the East London Mosque in 2003, he said:

“A Muslim is a brother of a Muslim, he does not oppress him and he does not hand him over.  You don’t hand over a Muslim to the enemies of Allah.”

Al Birr Primary School in Nechells has this to say:

We believe such irresponsible and sensationalist journalism by Leon Watson, will no doubt lead to incitement to hatred and other forms of adverse reactions from the community.

All future correspondence will come from Adam Bonds LLP, who are the legal representatives of Al-Birr Primary school in this matter.

Al-Birr Primary school is not named in the report, and it is clear that al-Awadi has not been a director of the school. However, what looks very much like the senior school does have al-Awadi as a director. Other common links are the involvements of Dr Saeed Ata Alghadie and Mr Jamie Charles Kempson.

Mr Jamie Charles Kempson is, I believe, the real name of Wasim Kempson who is “the deputy head teacher of Al Muntada Al Islami primary school and the Imam of the [Al Muntada] Mosque.” 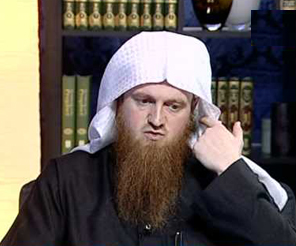 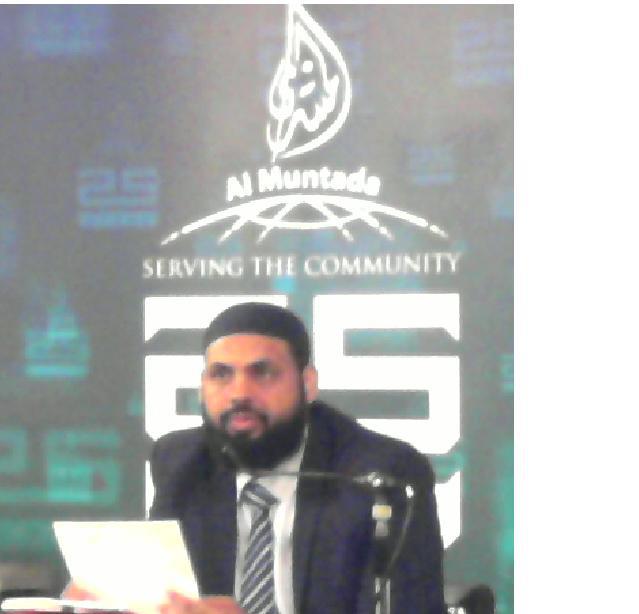 I would say that the link with Al Muntada, with ISIS’s banker, and with at least the senior school is therefore made out.

Here is Labour’s Shadow Justice Minister, Andy Slaughter, speaking to Al-Muntada, at their 25th Anniversary Gala Dinner, which was held on the 7th June 2011:

In addition to this gushing speech, Slaughter has further praised Al-Muntada as “renowned for the charity work they do worldwide“, and “one of the most successful Islamic charities in the country“.

Here is Slaughter and Jack Dromey MP at another Al Muntada event:

And here is Andy Slaughter hosting Al Muntada in the House of Commons in December 2013: 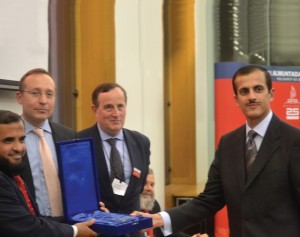 We’ve always said that Andy Slaughter’s association with Al Muntada was a ticking time bomb. It looks as if it has just blown up.