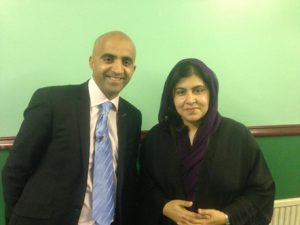 Some HP readers will have come across the charlatan and fraudster Mohammed Shafiq and the fact that he claims to be the CEO of Ramadhan Foundation – an organisation that was dissolved according to Companies House on 18/01/2011 (Company Registration number 05860130), when he initiated death threats against Maajid Nawaz of the Quilliam Foundation by calling him 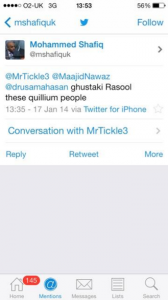 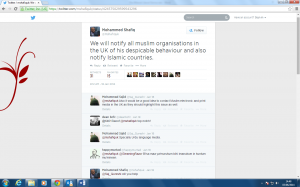 What you may not have heard is that he is currently a presenter for the Ummah Channel.

Shafiq starts off with the following attributed to him

“We in the Pakistani community have got a problem, particularly in northern towns where they think white girls are worthless and they tjhink they can use and abuse them in this abhorrent sort of way and have no regard towards the sanctity of life”

He then goes on to say

“He told the AA that Pakistani and Kashmir men “tend to go for the white girls because they’re easier to get a hold of and easier to groom” They are particularly targeted he says, so the n=men don’t get any fallback within the [Pakistani] community”

I bet you’re wondering what he did next? – He went on to make excuses and to blame others, including the victims.

“Within our [Pakistani] community our children are not around at that time of the morning, but some of these other girls are outside at 2 or 3 o’clock. This is an issue we’ve got to have a look at”

“As parents, do these people know where their children are? Why are 13-14 year olds wandering around the streets at this time?

“When you start to see padded bras in shops, and teenage magazines full of sex and the promotion of sexuality, then that all contributes to society where people think it is an acceptable form of behaviour to be [a child and hanging out at 2 am and] engaged in sexual activity with someone under the age of 16”

So there you have it – the problem according to Mohammed Shafiq is the victims wearing padded bras and magazines as well as the fact that they are outside their homes!!

Whether it is the fact that much of the mainstream media has finally realised his crazy fraudulent credentials and on the whole stopped inviting him to comment on important issues and he feels that he has to become more irrational to get his voice heard; or whether he is stupid – I will let you make your own mind up.