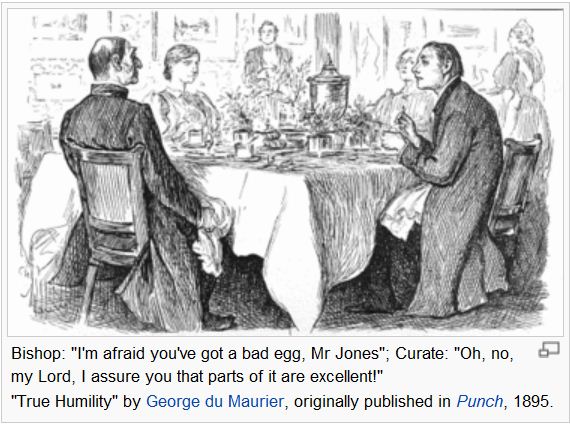 The Board of Deputies and the Muslim Council of Britain have just laid an enormous curate’s egg. The BBC reports:

Jewish and Muslim leaders in the UK have urged followers of their faiths to “export peace” to the Middle East.

In an unprecedented joint statement, the Jewish Board of Deputies and Muslim Council of Britain (MCB) condemned Islamophobia and anti-Semitism.

In it they acknowledge the “deeply-held views” about the conflict between Israel and Palestinians.

But reports suggest that the bodies disagreed over one line of the statement involving civilian deaths.

First, the good. If you’re going to issue a joint statement of this sort, the most important point to make is that the poisonous politics of the Middle East should not be ‘imported’ into the United Kingdom. Indeed, the statement says just this:

“In spite of the situation in the Middle East, we must continue to work hard for good community relations in the UK,” the statement said.

“We must not import conflict. We must export peace instead.”

“Whilst everyone has the right to voice their political opinion, be that in a rally or on social media, we must be mindful of how we convey our protest. There can be no excuse for racism, violence, or other forms of intimidation, when expressing views in the media, on the streets, outside shops or online.

“We condemn any expression of Islamophobia, antisemitism or any form of racism. We call for Muslim and Jewish communities to redouble efforts to work together and get to know one another.

“We need constructive dialogue to limit our disagreements and identify the widest possible range of areas for cooperation. There are more issues that unite us than divide us.””

Splendid sentiments. In the wake of murderous attacks by jihadists against Jews in Europe and incitement in religious terms by Islamist hate preachers against Jews, something – anything – which helps to turn down the volume should be welcomed.

There is not, by contrast, any widespread incitement by Jewish institutions against Muslims – quite the opposite. Jewish institutions have been at the forefront of fighting hatred of Muslims. Nevertheless, it is likely the case that there is now pretty widespread Jewish mistrust of Muslims. I’ve seen obnoxious statements about Muslims which are unfair and untrue, particularly in discussion forums, contributed by Jews. Accordingly, this statement is welcome, if it helps dial back tensions.

I would be very surprised if Islamist incitement against Jews, from within Muslim institutions and in theological terms will come to an end. But we will see. If incitement takes place within institutions which are members of the Muslim Council of Britain, then perhaps the joint statement could be referenced and the MCB asked to intervene. Who knows. Perhaps it will work. If it doesn’t, of course, there will be no penalty. The MCB will still have earned brownie points for agreeing in principle to do something which won’t actually have happened in practice. But let’s put this to one side.

So, how did the statement screw up?

Here’s the passage which has caused the immediate controversy. Can you see what the problem is?

The death of every civilian is a tragedy, and every effort should be taken to minimise such losses. The targeting of civilians is completely unacceptable and against our religious traditions. We pray for a speedy end to the current conflict and for a lasting peace for all.

You’ve got it. The Board of Deputies and the Muslim Council of Britain fundamentally disagree on the meaning of the sentence: “the targeting of civilians is completely unacceptable and against our religious traditions”.

Unbelievably, the Board of Deputies were briefing that this meant that MCB had signed up to a specific criticism of Hamas. The MCB, naturally, does not agree:

A Board spokesman had suggested that this could be read as a specific MCB criticism of Hamas, something the MCB rejected.

A spokeswoman for the Muslim group said they believed both parties had understood that the line refered to the targeting of civilians by both Israel and Hamas.

She said: “It refers to both sides, Israel and Hamas. It’s civilians that pay the price. On both sides.”

However, the Board categorically denied this. A spokesman said: “We are very clear that the IDF does not target civilians; that’s why we felt able to sign it.”

Look. The MCB is not going to single Hamas out for condemnation. It is an organisation which is politically aligned with the South Asian Islamist party, Jamaat-e-Islami, and which includes signifiant and powerful Hamas and Muslim Brotherhood aligned groups within its membership. They would not stand for it.

Rather, it is an article of faith with the MCB’s constituent groups that the IDF does target civilians.

Therefore, for the BOD’s spin is cretinous. If the MCB signed the statement on the basis that this phrase condemned the IDF for ‘targeting civilians’, and the BOD signed it on the understanding that it referred to Hamas alone, there is simply no consensus. To present this statement as such does not paper over, but rather reveals that deep division.

This is snatching defeat from the jaws of victory. A statement which deplored loss of civilian life – and there has been more of that in Gaza than Israel, despite the divergent intentions of both sides – would have been quite impressive. For the MCB even to acknowledge that the actions of ‘both sides’ have resulted in misery is a valuable step forward. But to try to spin this as an MCB condemnation of Hamas and and exoneration of the IDF destroys all that.

The tragic thing is that there was no reason to include the line about ‘targeting civilians’ at all. A reference to the tragedy of the loss of life would have done just as well.

So, a statement which might have helpfully addressed Islamist incitement against Jews will now, inevitably, be seen as a rather amateurish attempt to trap the MCB into giving the IDF a clean bill of health.

Have a listen to this astounding interview with Vivian Wineman of the BOD and Shuja Shafi of the MCB on the Today Programme (2:44 onwards). Amazingly, Dr Shafi found it impossible to say that scrawling “Free Gaza” on a synagogue is antisemitic and shouldn’t happen!

He now seems to have had a think about it. The problem, apparently, is that this would be “vandalism”. Not antisemitism, but vandalism.

Was on @BBCr4today To clarify saying #FreeGaza is human, scrawling it on a synagogue is vandalism & wrong http://t.co/H1Sra0bSjd

Similarly, scrawling “Fuck ISIS” on a mosque would also just be a matter of “vandalism”, right. Right?