The recent disturbances in Ferguson, Missouri, following the fatal police shooting of an unarmed black teenager were not exactly downplayed by the media in the US and elsewhere. But here are a couple of things that stood out to me.

–While the circumstances of the shooting of Michael Brown by Ferguson police officer Darren Wilson are murky, there is no doubt that a lot of Ferguson’s African-American residents feel disenfranchised.

The town’s population has shifted in the past two decades from 70 percent white to two-thirds black. But the mayor, five of six city council members and about 95 percent of the police officers are white.

During the week of sometimes violent protests, I kept thinking how much better it would be if people channeled their anger into political action: voter registration, encouraging voter turnout in city elections and recruiting candidates. And while there is a lot I dislike about Jesse Jackson, I was pleased that he was supporting just such an approach.

So can someone explain why Matt Wills, executive director of the Missouri Republican party, expressed outrage?

“If that’s not fanning the political flames, I don’t know what is,” Wills said, “I think it’s not only disgusting but completely inappropriate.”

That’s the first time I’ve ever seen voter registration described in such terms. I’ve always believed that getting more eligible people registered and voting– whatever their race, class or political affiliation– is an indisputably Good Thing. It’s more than a little troubling that Missouri’s top Republican official believes otherwise.

I’m not sure why Wills equates voter registration with fanning “political flames” (which Republicans have been known to do). But if he insists, it seems a better alternative than fanning actual flames.

–Although I tend to sympathize with US law enforcement agencies more than many others on the Left (or on the Right), the handling of the Michael Brown shooting and the heavy-handed, militarized police response to some of the demonstrations did not exactly have a calming effect and raised a lot of troubling questions about law enforcement tactics. 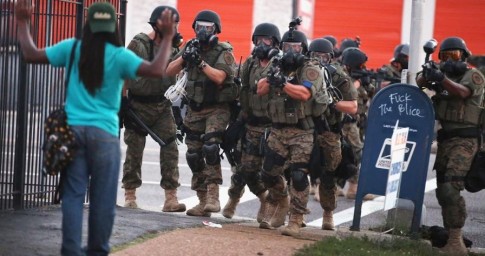 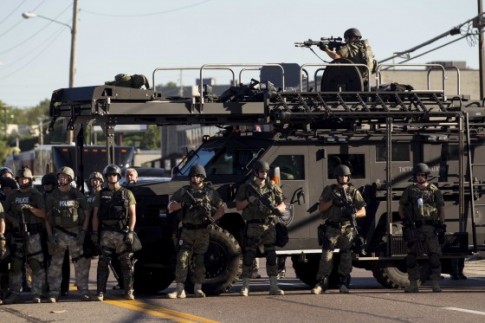 I’m not sure I understand the point of the camo uniforms.

Nevertheless I’ve found some of the pious denunciations of the police in Ferguson– especially from outside the US– amusingly hypocritical.

The ALBA countries released a joint statement Tuesday expressing their “profound concern” with the violence sparked by the police killing of an unarmed black teenager, which the bloc said is a reminder of the serious racial discrimination that has yet to be resolved in the United States.

“The countries of ALBA (Bolivarian Alliance of the People of Our Americas, integrated by Venezuela, Ecuador, Nicaragua, Cuba, Bolivia, and various Caribbean nations) express their solidarity with the African descent communities of the United States,” the statement added.

The bloc’s statement calls on the U.S. government to carry out a fair and transparent investigation into the killing of Michael Brown in Ferguson and demanded that security forces respect human rights when trying to control protests in the Missouri township, which has been affected by violent clashes of police against demonstrators that claim justice. 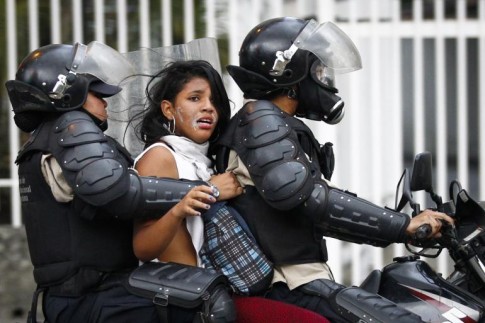 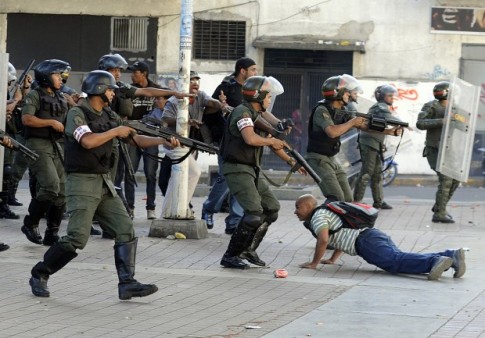 Konstantin Dolgov, [the Russian foreign ministry’s] ministry’s human rights commissioner, said the situation in Ferguson should have a “sobering effect” on American society.

“We think U.S. authorities should pay closer attention to burning internal problems, including those related to ethnicity and race that still exist in the United States,” Dolgov told the news channel Rossiya 24. “Try to solve them via legal constitutional practices rather than unjustified and inadequate violence.”

“What is happening in Missouri right now should have a sobering effect on U.S. society and authorities,” he added. “They are systematic problems. They are by no means limited to one particular city or state.”

Dolgov criticized the police’s use of force against protesters in Ferguson and the treatment of journalists covering the story on the ground, several of whom were arrested or detained over the last week. Dolgov said such actions appeared to stem from a desire to prevent Americans from seeing negative images of their own government.

Shades of “And you are lynching Negroes.”

Russia, of course, is no stranger to being criticized for human rights violations. Russian President Vladimir Putin has fiercely cracked down on dissidents, including journalists, government whistleblowers and average citizens. Earlier this year, the international watchdog Human Rights Watch said the climate in Russia was the worst in post-Soviet history. 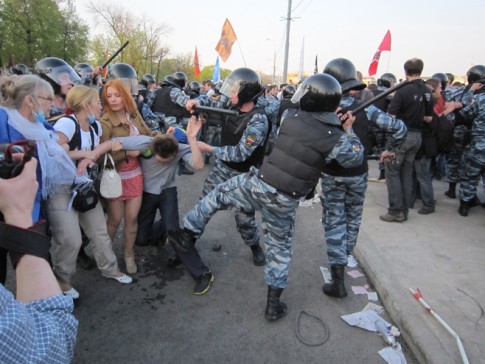 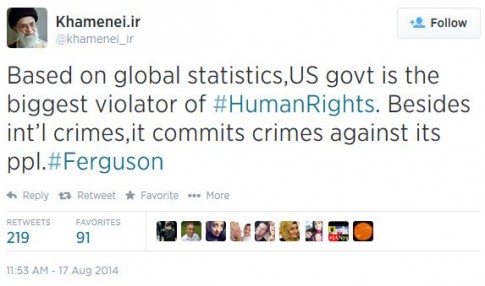 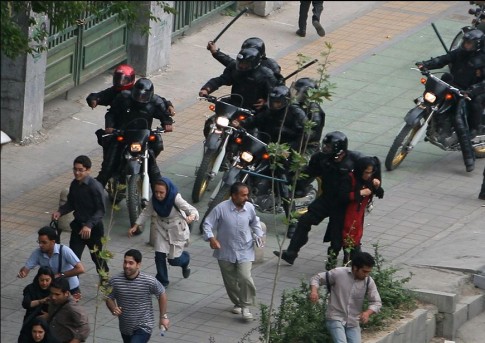 A Chinese human rights society [hah!] has urged the United States to correct its double standards on human rights after the shooting death of an unarmed black teenager by a white police officer on U.S. soil.

The China Society for Human Rights Studies, the country’s largest group of its kind, issued a statement on Friday expressing hope that the shooting will spur the United States to reflect on its finger pointing over other countries’ human rights records.

The comments come after the death on August 9 of 18-year-old African American Michael Brown in Ferguson, Missouri. Follow-up protests in the suburban St. Louis town are ongoing and have featured tense standoffs between protesters and police in riot gear.

The statement quoted an unnamed spokesman as saying that “deteriorating racial discrimination and social injustice” in the United States are behind the chaos following the shooting, which he labeled as “a serious infringement upon human rights.”
…..
He said that abuse of police power is a black mark on the U.S. record of human rights infringement, and the chaos “has fully exposed the trust crisis between police and common people in the black community.” 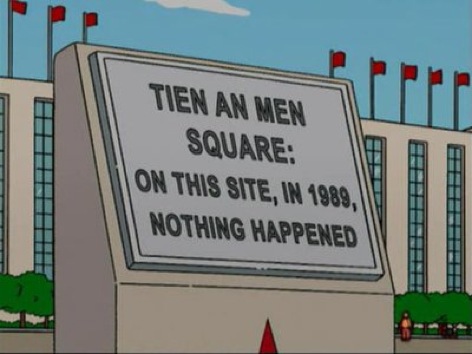