About 400 people attended yesterday’s demonstration against ISIS in London.  The majority appeared to be Kurds and, although their anger and concern is fully understandable, it was a pity not to see more, and more varied, support.  It was surprising to see activists selling socialist papers – but these turned out to be members of the Alliance for Workers’ Liberty (a party which bucks the far left trend by supporting a two state solution and being highly critical of radical Islam).  ‘It’s nice not to see any badly drawn pictures of Netanyahu eating babies’ remarked one demonstrator. Although one or two demonstrators thought they’d denounce Zionism for good measure 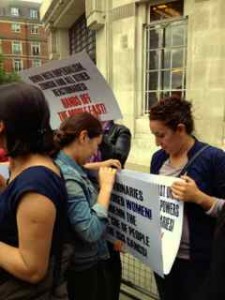 others did not (and appeared to attract no hostile attention.) 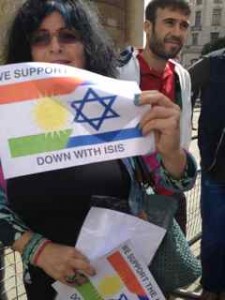 Other posters expressed solidarity with religious minorities in the Middle East, condemnation of ISIS terror, and criticisms of other countries in the region for aiding or supporting ISIS. 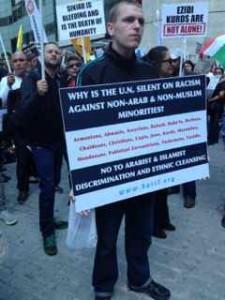 And of course many expressed anger and outrage at their brutal treatment of women. 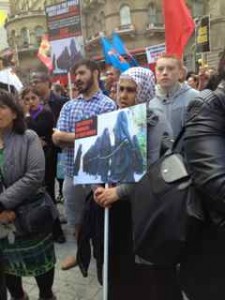 Update: Another photo – via FormerCorr (thank you!) 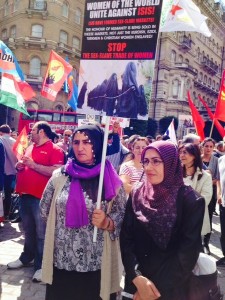 Thanks very much to Jacobin as well for permission to use some of his photos too. 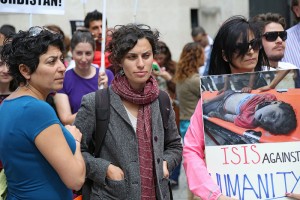 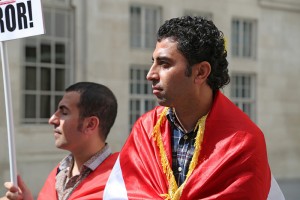 And you can see his whole set here.

Nazi Terror Attack Against a Synagogue in Pennsylvania