Under the headline “The proposed ceasefire offered the Palestinians of Gaza nothing,” Tony Collins at Socialist Unity tries to justify Hamas’s rejection of a ceasefire. He writes:

What would this proposed ceasefire mean in practice? It would mean the existing air attacks by Israel would stop.

That’s not “nothing,” Tony.

Hamas is a social organisation as well as a political one. It has roots in every part of Gaza society. I am not a supporter of Hamas. But Hamas has a better idea of what Israel’s aims and motives are, and what the people of Gaza want it to do to resist them than anybody looking on from the safety and privilege of the West ever could.

So, Tony: with this great understanding of Israel’s aims and motives, and what the people of Gaza want it to do (really?), why has Hamas only succeeded in making the lives of Gazans more and more miserable? 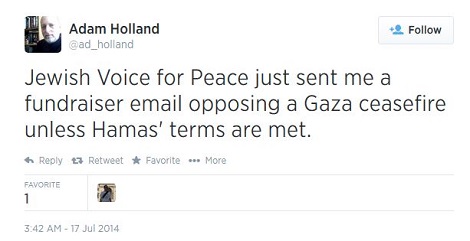