Even though he aims most of his barbs at rightwing Republicans, I’m not a huge fan of the often smarmy Bill Maher.

But (dare I say it?) as a Jew, he “gets” Israel in a way that too many other leftists, Jewish and otherwise, do not. 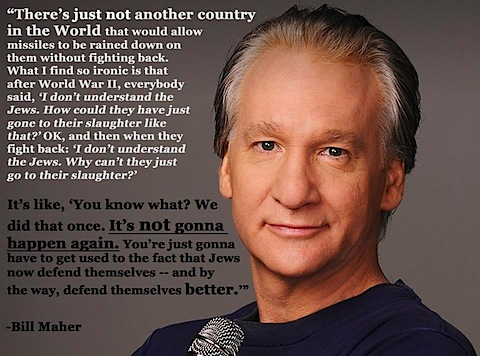 Update: David Gruberman in the comments notes that this quote is from 2012 (during Pillar of Defense, not that things have objectively changed much) and provides the full context of Maher’s remarks. They reflect what many of us on the pro-Israel Left believe.