A tanker delivered a cargo of disputed crude oil from Iraqi Kurdistan’s new pipeline for the first time on Friday in Israel, despite threats by Baghdad to take legal action against any buyer.

The SCF Altai tanker arrived at Israel’s Ashkelon port early on Friday morning, ship tracking and industry sources said. By the evening, the tanker began unloading the Kurdish oil, a source at the port said.

The oil was delivered by pipeline to the Turkish port of Ceyhan for shipment to Israel. 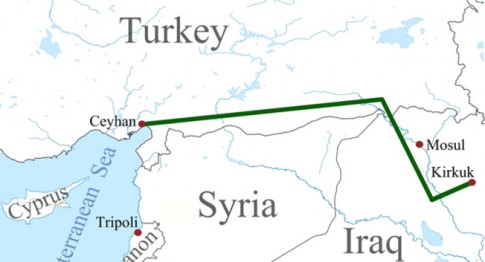 Josh Marshall at TPM is right. This is a big deal.

And in reference to Sarah’s review of Qasim Rashid’s Extremist, it’s worth noting that the overwhelming majority of Iraqi Kurds identify as Muslims and that the Kurdish Regional Government declared that schools will be religiously neutral.