It was less than three years ago that Clayton Morris of Fox News made a sadly-overlooked announcement: the Fox News Brain Room™ had determined that human-caused global warming is occurring and is dangerous.

Never mind that others at Fox News have continued their efforts to ridicule and discredit this scientific consensus. The Brain Room™ had the facts and they were not on the side of the skeptics or the deniers.

Another part of Rupert Murdoch’s media empire– the Fox TV network, and especially “The Simpsons“– has not always treated Fox News respectfully. 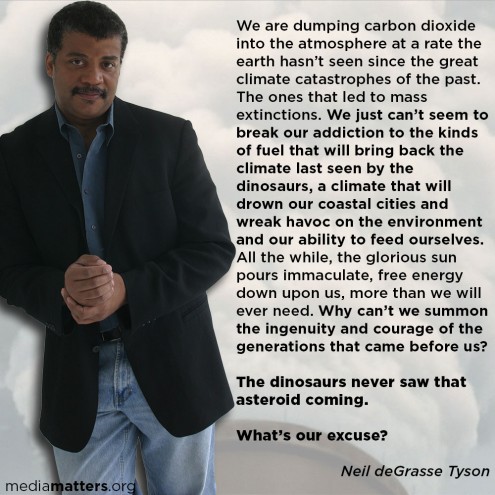 As far as I can determine, Tyson has never been invited to discuss climate change on Fox News. In fact when an editor of Scientific American appeared on Fox News, he was told not to discuss it.

(You can watch the episodes of “Cosmos” that have been broadcast so far here.)