I wish I were as enlightened and compassionate as Glenn Greenwad.

No, actually, I do not because I do not want to be seen as a crazed moral pervert or opportunistic nihilist who dismisses skin-crawling horror at Abubakar Shekau with his anti Father Christmas hohoho smile scratching his backside as he vows to sell hundreds of teenage girls into slavery and equates it with calling for a full-blown military invasion. 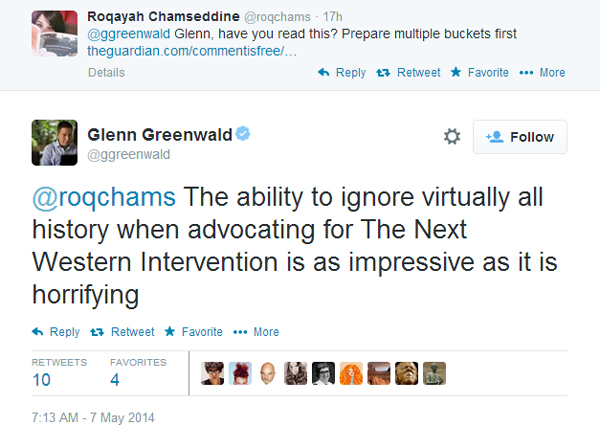 I do not want to be anything like Lindsey German either.

There were similarly vacuous responses to the equally deranged Lords Resistance Army following the release of Kony2012 such as from Voice of the Scottish Left, the poorly declined Mhari MacAlpine whose horror was less at the bestial nature of Kony but at the thought that the masses might see American power with anything less than contempt: written before, by the looks of it, intersectionality was invented, and Kyriarchy was all there was.

Although, as SarahAB outlined, she does have at least a glimmer of feminism principles in her.