What I find more interesting are two of the photos I noticed here in back of Galloway: 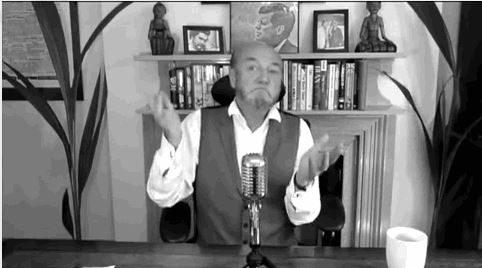 That’s right, Galloway apparently idolizes both Che Guevara and John F. Kennedy. The irony of this becomes apparent when you watch this video of JFK and Mrs. Kennedy addressing a 1962 rally in Miami honoring the veterans of the failed CIA-backed Bay of Pigs invasion of Cuba:

Kennedy had his doubts about the invasion plan, but he never stopped loathing Fidel Castro or wanting to see his regime overthrown.