Cross-posted from Potkin Azarmehr at For a Democratic, Secular Iran

What I claim above manifested itself again yesterday. The regime, always keen on having large numbers turn out for its masquerades, once again resorted to Iran’s reformists to call on Iranians to turn up and participate in the parades marking the 35th anniversary of the 1979 revolution.

Former president Khatami and others in the “reformist” faction urged Iranians to take part in the parade, saying it will be an occasion to show unity and to “resolve our contentions”.

Huge posters reading “The People Demand the Leaders of the Sedition be Tried” included a picture of Khatami himself being hanged. This was how yesterday’s parade helped to “resolve the contentions”! 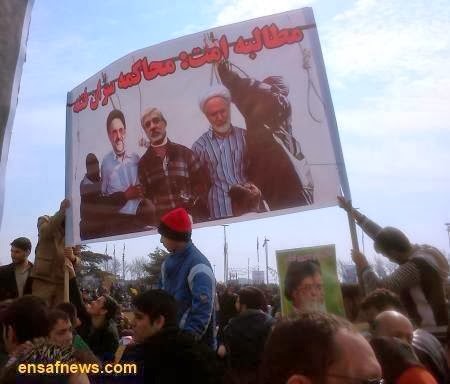 A Gary Glitter lookalike straight from the loony bin, holding a picture of the Supreme Leader, was among those recruited to bolster the numbers for the parade: 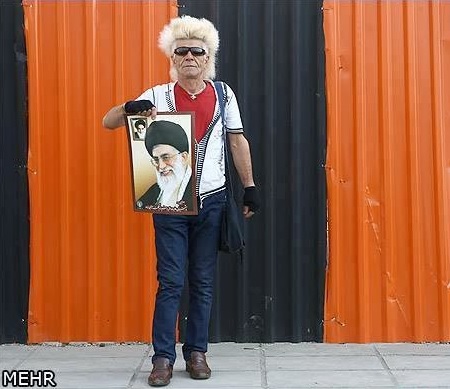