The big excitement of yesterday was the news that David Cameron is establishing a Holocaust Commission, whose members will include the actress Helena Bonham Carter, and the man who brought us Big Brother, Sir Peter Bazalgette.

Helena Bonham Carter is not a completely weird choice. She is partly Jewish – from a rather posh family – and there’s also this:

Helena Bonham Carter, whose grandfather Eduardo Propper de Callejon was posthumously recognised for his role in saving hundreds of Jews during the Second World War, said: “I am very honoured to be asked to join this commission and do so in particular memory of those members of my family who died in the Holocaust and as an inherited responsibility to my grandfather who made a significant personal sacrifice to save hundreds of lives.

“It is our generations’ legacy to create a living memory that will survive the survivors and forever remind future generations of the inhumanity man is capable of committing to its own kind.” 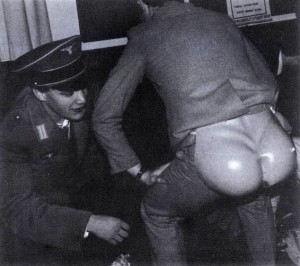 Now, I don’t think that “dressing up as a Nazi” disqualifies you from public life. It is in bad taste, but in certain contexts, it can be moderately funny. But honestly, I do think that it is one of those things that means that you ought not be the first pick for things like Holocaust Commissions.

Much less impressive is the selection of Simon Hughes.

Simon Hughes is a Liberal Democrat MP who has carved out a special niche as a supporter of Islamist causes and groups which promote hate preachers. He was part of the attempt to get a particularly obnoxious group called iEngage, which is linked to the Muslim Brotherhood and which promotes extreme antisemites such as “Laura Stuart“, appointed as the secretariat to a key Parliamentary committee on Islamophobia. He was a regular speaker at the connected Muslim Brotherhood shindig, The Global Peace and Unity Conference, which showcased hate preachers. He signs EDMs supporting and defending the Hamas funding outfit, Interpal. He gives interviews in which he promotes the so-called “one state solution” for Israel/Palestine. He chairs fringe events with Baroness Tonge.

What makes all this particularly odd is that Simon Hughes is bisexual. The groups which he supports tour speakers around Britain who call for the execution of gays.

Honestly, I can’t think of a less suitable person for Cameron’s Holocaust Commission. He should reconsider its membership.