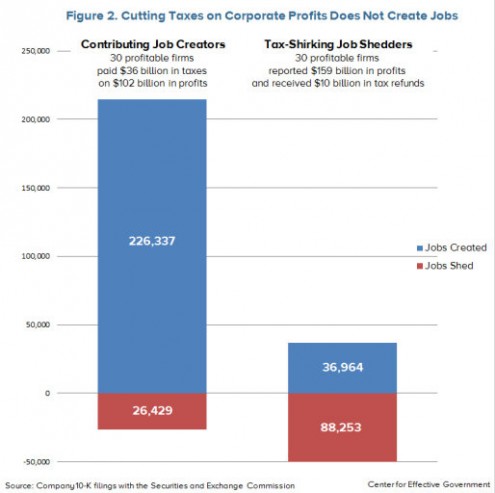 The Center for Effective Government reports:

We examined the job creation track record of 60 large, profitable U.S. corporations (from a list of 280 Fortune 500 companies) with the highest and lowest effective tax rates between 2008 and 2010 and found:

• The 30 profitable corporations that paid little or no taxes over three years collectively shed 51,289 jobs; half of these low-tax firms created some jobs, and half shed jobs between 2008 and 2012.

In fact, based strictly on correlation, one could claim that higher corporate taxes create more jobs. Of course correlation does not equal causation, and I wouldn’t presume to make that argument. But those who believe the opposite have even less reason for doing so.