This is a cross-post from Peter Tatchell

Islamist hate preacher Uthman Lateef has been dropped from a speaking engagement in East London this Saturday, 19 October, after protests against his extremist views.

He was scheduled to speak on a panel at a public meeting – “Are Muslims empowered by knowledge?” – organised by Education Aid for Palestinians (EAP) and sponsored by the Association of Muslim Lawyers.

“The organisers have assured us that Uthman Lateef has been cancelled following concern about his anti-democratic and homophobic preaching. We are delighted that Education Aid for Palestinians has recognised that such extreme views are incompatible with its commitment to an equal, inclusive society, in Britain and Palestine. This is a victory for humanitarian values. We thank everyone who lobbied to get this hate preacher dropped. Gratitude to EAP for listening to our concerns,” said Peter Tatchell, Director of the Peter Tatchell Foundation.

Lateef has repeatedly referred to non-Muslims using the insulting word, “kuffars”. In 2007, at Queen Mary College, he stirred up homophobia, stating that “we don’t accept homosexuality…we hate it because Allah hates it.”

He has also condemned secular Islam, attempts to reconcile Islam with democracy and warned of the dangers of Muslims integrating into British society.

Lateef told an audience at the East London Mosque in 2009: “If we are teaching the way of life of the disbelievers, of the kuffar, Allah will bring humiliation on us” and that Muslims should not be misled by those advocating Islamic modernisation, such as “democratic Islam”.

“Brothers, if we are teaching the way of life of the disbelievers, of the kuffar, Allah will bring humiliation upon us. If we are seeking this name and fame, and to be pranced around the world as some kind of government spokesmen and representatives, speaking about this reformed and redefined and repackaged Islam, Allah will bring humiliation upon people like that. And be careful. Because people will be in that condition, that they will wake up as muqimeen (believers) but they will go to sleep as kuffars. And they will go to sleep as muqimeen and they will wake up as kuffars, because we live in a time of deception. ”

There is no indication that Lateef has changed his views or expressed any regret for his hateful incitements.

Education Aid for Palestinians (EAP) is another British charity that supports Hamas. It aids the Islamic University of Gaza, a Hamas academy.

One of EAP’s trustees is Hamas operative Zaher Birawi. Here he is in Gaza with George Galloway, Hamas leader Ismail Haniyeh, and Bulent Yildirim, the head of the band of thugs known as the Turkish charity IHH. Hamas was so proud of this event that it put the picture up on the website of its “armed wing”. 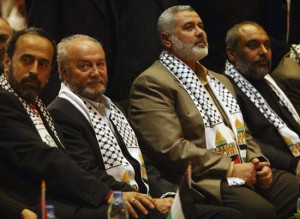 You can read more about EAP here.

Here are the speakers at the EAP event this Saturday. 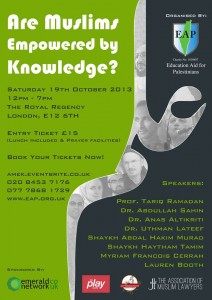 What was it that the Chairman of the Charity Commission said recently? Oh yeah.

And we have put out very clear guidance to charities about extremist and controversial speakers. It is unacceptable for charities to promote the views of individuals who promote violence and terrorism.

I’ll tell you now, the Israelis will never have a good moment’s sleep in their beds. May they never have a second to taste the sweetness of tranquillity so long as one Palestinian child rots in their prison or one child dies under their bombs.
…
I want to remind everybody here who Hamas is. They are the elected government that the Gaza people elected. And they have a right to resist under occupation. This is a right under international law. And I say “we back your resistance”. You resist! Do not stay in your homes and die under those bombs. For we are not cowards, we are Muslims. And you will not kill us anymore without feeling the vengeance of the people you oppress. 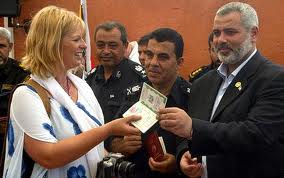