This Sunday the Hamas supporters of the British charity Interpal will hold yet another conference featuring hate preachers. The venue will be the Edmonton Islamic Centre in London. 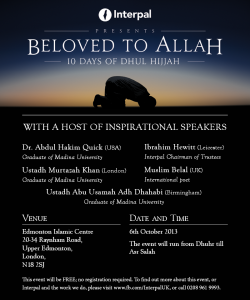 Let’s take a look at the speakers’ records on homosexuality.

Abdullah Hakim Quick
Quick is an American Islamist preacher. His line on homosexuality is as clear and chilling as can be. You can listen to it here.

Murtaza Khan
Khan is one of the worst British hate preachers. Take a look at his “gays must die” rage.

Now what is the punishment? According to the Bible, excuse me, this is a Christian country. Read the history of this country. Christian country. According to the Bible, the Bible says the person should be thrown down from a mountain and then stoned on top of that. That’s what Isa [Jesus] told you people. But they teach “no, you’re homophobic”. And those Christians who stand up against this abominable action, which goes against humanity, then they’re fundamentalists like us as well then.
…
I’m not homophobic. I believe in a natural way of life. I’m repeating you what your Bible tells you. In the hadith you find: “You find the people doing the action of Lot, kill the one who does the action and the one the action is being done to.”

Abu Usamah at-Thahabi
Thahabi is an imam at the Green Lane Mosque in Birmingham. It has welcomed a parade of hate preachers for years on end. Thahabi himself was exposed years ago in the Undercover Mosque broadcast but remains in place at Green Lane. He too is an appalling gay hater, as the broadcast showed:

Do you practice homosexuality with men? Take that homosexual man and throw him off the mountain.
…
They have given them [homosexuals] unprecedented rights, so that your child can be exposed and introduced to lesbians. Now they say “if you discriminate against that, you’re going to jail”. We’ll discriminate, but we’ll discriminate in a way where we don’t get in trouble. The Muslim is a dentist, one of those people come, you want to take a big, big needle and stick it in his gums.
…
If I were to call homosexuals perverted, dirty, filthy dogs that should be murdered, that’s my freedom of speech isn’t it? They’ll say: “No”, I’m not tolerant. But they feel that it’s okay to say something about the Prophet. 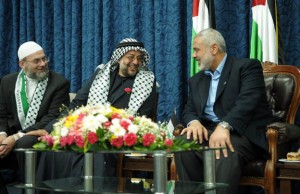 But Hewitt also finds time for all sorts of hatred, including these statements about homosexuality:

Muslim jurists have held differing opinions concerning the punishment for this abominable practice, some stating the punishment for fornication, while some stating the deth penalty for both the active and the passive participants.
…
While such punishments seem cruel, they have been suggested maintain the purity of the society and to keep it clean of perverted elements, allowing for the spiritual development of its members in an ideal environment. The spread of this depraved practice in a society disrupts its natural life pattern and makes those who practice it slaves to their lusts, depriving them of decent taste, decent morals, and a decent manner of living.

Inerpal is not simply a supporter of terrorists abroad. It is also a determined promoter of the worst extremists at home.