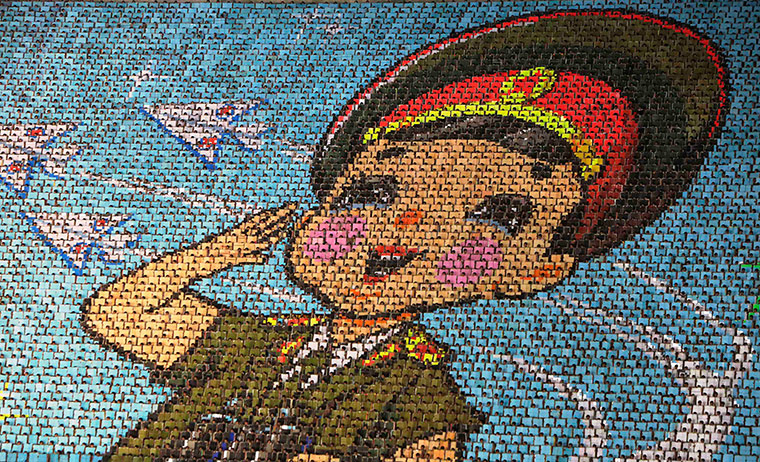 Whereas Kim Il-sung’s decision to invade the American-controlled area of the Korean peninsula was ultimately catastrophic and Kim Jong-il a Neronic despot, there was a rationality behind their actions. The Caligula-like Kim Jong-eun, however, would repeat it for laughs and giggles.

Yet, good choreography and costume-design for the 60th anniversary of armistice of the Korean War.

Gene adds: By contrast a good tribute by President Obama to veterans of the war at the Korean war memorial in Washington.

Freedom is not free. And in Korea, no one paid a heavier price than those who gave all — 36,574 American patriots, and, among our allies, more than one million of our South Korean friends — soldiers and civilians. That July day, when the fighting finally ended, not far from where it began, some suggested this sacrifice had been for naught, and they summed it up with a phrase — “die for a tie.”

It took many decades for this memorial to gain its rightful place on this great Mall where we tell our American story. It has, perhaps, taken even longer to see clearly, and understand fully, the true legacy of your service. But here, today, we can say with confidence that war was no tie. Korea was a victory. When 50 million South Koreans live in freedom — a vibrant democracy, one of the world’s most dynamic economies, in stark contrast to the repression and poverty of the North — that’s a victory; that’s your legacy.