A Student Rights briefing, released today, documents the formation of a new Far-Right group linked to the British National Party (BNP) operating on campus at the University of Liverpool.

Founded by Jack Buckby, a politics student at the university, the National Culturists (NC) claims to stand for equality and diversity, as well as highlighting the preservation of national identity and explicitly rejects claims of racism, anti-Semitism and homophobia.

Despite this, the group has stated on its Facebook page that “Islam is racist, Islam is sexist, Islam is homophobic – we must oppose these ideals in our country…to ensure that our culture does not become contaminated”. 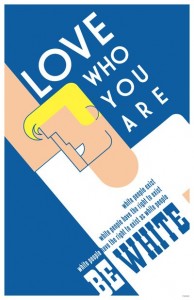 In an article on its website called ‘Dealing with the Problem of Islam in Britain’ it has declared, “The National Culturists will campaign for the banning of mosques, halal meat and the covering of the face”.

The group has also called for “the complete and immediate de-islamisation of Great Britain”, has demanded that “regular checks on Islamic families should be performed by social services” and that “any Islamic institutions in Britain should immediately be shut down”.

Members of the group have also liked Facebook pages including ‘British Friends of Golden Dawn’ and ‘Imperial Fascist League’.

More worryingly, one member likes a page called ‘Against White Genocide’, which promotes racial hatred and includes Nazi imagery, whilst another likes ‘Northwest Front’, a US white-supremacist movement.

This page states that “a political organization of Aryan men and women who recognize that an independent and sovereign White nation in the Pacific Northwest is the only possibility for the survival of the White race” in North America.

The NC’s main aim appears to be making nationalist politics appealing to young people. It makes clear that it plans to do this by targeting students for recruitment, writing that “the National Culturistshopes to start establishing a membership base within universities across the UK”.

The group also seeks to challenge a perceived left-wing bias on campus, with an article on its website arguing that the NC is “the only patriotic group around that seeks to wage a cultural war on University campuses to counter Social Marxist infiltration”.

Buckby, who addressed a meeting in Chester of the Far-Right ‘Alliance of European National Movements’ (AENM) in July 2012, has also declared “if we could utilise a word like this[culturalism]…then there’s perhaps a better chance that we can get young people involved with movements like the British National Party”.

The NC’s links to Far-Right groups do not stop with the AENM, chaired by convicted Holocaust denier and Front Nationale member Bruno Gollnisch, though.

Connections between founder Jack Buckby and Nick Griffin, the leader of the BNP, are barely disguised, and BNP support appears to extend to direct contact with party members, with an NC key-note speaker on 10 September 2012 described as “Richard Brodowski from the British National Party”. 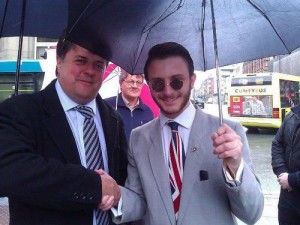 The attempt by the NC to include more young people in nationalist politics should therefore be deeply concerning for those who believe in challenging extremism of all kinds on our university campuses.

The fact that this group does not openly affiliate with the BNP, and its admission that it aims to rebrand nationalist ideology in a covert attempt to draw young people closer to the party, makes this organisation more worrying, as it represents an evolution in strategy.

Whilst this group is unlikely to be especially successful in recruiting students, it will, in our assessment, fuel a negative and confrontational atmosphere on university campuses.

In much the same way that universities and students would not, and should not, tolerate extreme Islamist societies, the National Culturists should be rejected wherever democratically possible.