In January this year several student atheist societies in London caused controversy when they posted a picture from the popular ‘Jesus and Mo’ web comic on their Facebook pages.

This was followed at the London School of Economics (LSE) by the passing of a motion during a Student Union EGM which noted “recent Islamophobic incidents at the LSE”.

This was clearly targeted at the LSE Atheist Society, with one student speaking for the motion claiming that this publication was an Islamophobic act as “it is deeply insulting to a Muslim to depict the prophet Muhammad”.

By labelling the depiction of Muhammad as racist, the LSE Union essentially passed a blasphemy law, limiting student’s ability to criticise or mock religions and threatening punishment to those that do.

At the time, Student Rights were extremely disappointed, with Raheem Kassam stating that “the criticism or parody of religious figures, while objectionable to some, is not outside the purview of freedom of speech. Religions, like any philosophy should be and indeed remain open to scrutiny”. 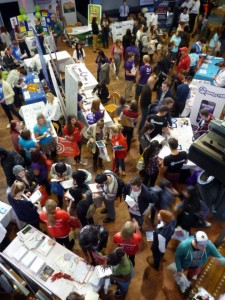 Yesterday, as a new academic year begins, a similar attack on student’s freedom of expression took place at the University of Reading Freshers’ Fayre.

Students from the university Atheist, Humanist, and Secularist Society (RAHS) were forced to leave the Fayre after they included a pineapple labelled‘Mohammed’ on their stall.

Staff from the Reading University Student Union (RUSU), as well as a number of Muslim students objected to this and asked the society to remove it, with a statement from the society stating that they were told “Either the pineapple goes, or you do”.

Considering that the pineapple was labelled in this way “to celebrate the fact that we live in a country in which free speech is protected, and where it is lawful to call a pineapple by whatever name one chooses” it is deeply concerning thatRUSU have acted in this way.

In a statement given to Student Rights, RUSU said that “The Atheist, Humanist & Secularist society were asked to leave the Freshers’ Fayre after receiving complaints from individual students about a display they had on their stall. They were initially asked to remove the display and after refusal were asked to leave.

Our Freshers’ Fayre is an inclusive event for all students. As the societies actions were causing upset and distress to a number of individual students and other societies attending we took the decision to ask them to leave“. 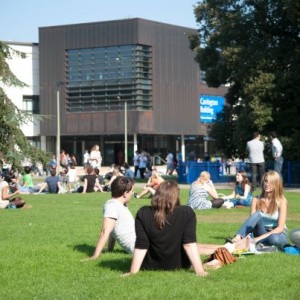 Here at Student Rights we feel that freedom of expression is not absolute, and that the extremes of free speech should be limited to ensure that they do not become hate speech.

However, students do not have the right to impose their religious sensibilities on others, and they must accept that they may be offended by those who do not share their convictions.

Whilst this action by the RAHS may have been provocative, they should have every right to do it and not be censored. Instead of closing down debate RUSU should be encouraging students to interact with one another rather than pandering to the hurt feelings of the devout.