I consider myself reasonably well-informed about the major events involving US forces in World War II, but I never knew about this until I heard a report on National Public Radio today.

Saturday was the 68th anniversary of a catastrophic rehearsal for the D-Day landings, codenamed Exercise Tiger, that cost the lives of almost 1,000 Americans at Slapton Sands beach in Devon.

About 700 were killed when a German patrol fleet happened upon the flotilla of vessels taking part in the rehearsal and opened fire. Another 300 died from mistimed live fire ordered by General Dwight Eisenhower to simulate battle conditions.

The disaster was kept secret and, astonishingly, the actual D-Day invasion went ahead just six weeks later. Most of the participants in D-Day knew nothing about what happened at Slapton Sands.

A Sherman tank that sank in the action was raised from the sea bed in 1984. It stands as a memorial on the beach. 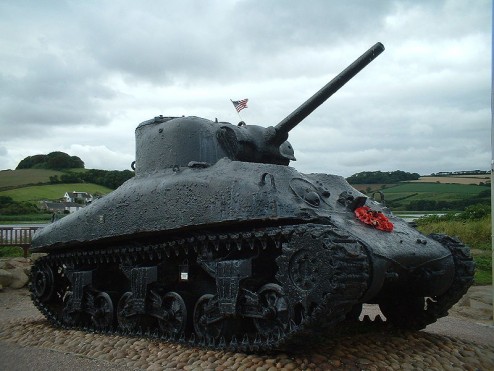 The men who died at Slapton Sands deserve to be remembered and honored along with their comrades who died at Normandy.