A lovely little story from Bradford 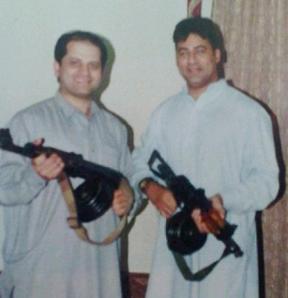 A row has broken out between two Bradford Council election candidates after the Labour Party drew attention to a Facebook picture of a Respect candidate brandishing a gun.

The picture of Asif Khan, who is standing in the Bowling andBarkerend ward, has led Salma Iqbal, a Labour candidate in theBradford Moor to question his suitability to be a councillor.

But Mr Khan last night called Labour “childish” and “desperate” for trying to make capital from a picture taken when he was on a visit to an aid mission to Pakistan’s border with Afghanistan in 2002. Miss Iqbal, who appears to have mistakenly believed Mr Khan is a Bradford Moor candidate, said: “I’m appalled at this photograph and I imagine fellow residents in Bradford Moor will be too. Serious questions have to be asked about this man’s suitability to stand in an election to become a councillor. How can someone wanting to represent Bradford Moor residents think this is acceptable?”

Mr Khan said the picture was taken when he was on an aid mission to refugees with £20,000 cash raised locally and he had armed bodyguards.

It was on an “aid mission”, right? I mean, it is not as if he allowed himself to be photographed with a gun toting terrorist militia or anything. 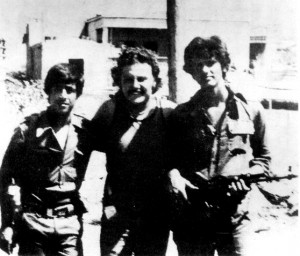 Gene adds: Of course there are certain parts of the United States where you have trouble getting elected if you don’t have at least one gun– preferably more.