This is a cross-post from Ibtisam Elahi Zaheer. He is the secretary general of Jamiat Ahle Hadith, a fundamentalist Pakistani political and religious group.

Allah swt has discussed in Quran right hand possessed category of women besides wife on different instances. One of these instances is as follows:

And those who guard their chastity (i.e. private parts, from illegal sexual acts) Except from their wives or (the captives and slaves) that their right hands possess, for then, they are free from blame; (Al-Mu’minun 23:6)

Now question arises who are these right hand possessed women. The brief answer to this question is as follows:

The women who are war prisoners are being dealt in the following ways:

Islam designed a solution to the problem that they are distributed to the soldiers in an organized manner or are sold as slaves. No one has multiple owner. These are neither prostitutes nor are used as object by society. These distributed or purchased women are known as malak e yameen /right hand possessed /londies.

Once the woman gets pregnant they get the status of Umme walad which means mother of the baby and she cannot be sold any more in her life.

Rasool salal laho aliehi wasalam has encouraged to set free these women and hadith tells about getting reward which can be earned by marrying them. The purpose of taking these women as londies was to save them from:

1) Barbaric killing
2) Gang rape
3) Prostitution
***
Here is Mr Zaheer earlier this month being received by the Lord Mayor of Manchester at the town hall. 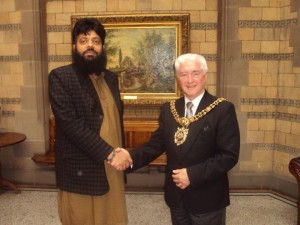 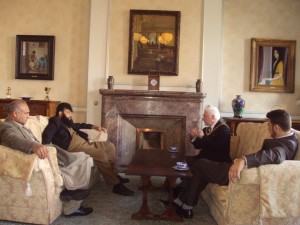 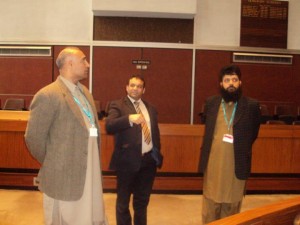 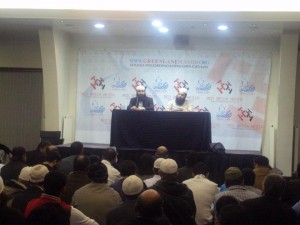 Last year, on another visit, Lord Ahmed received him in the House of Lords. 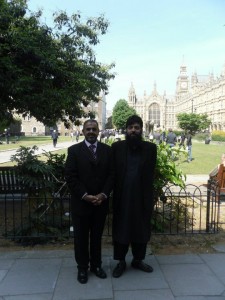 He likes the hate preacher Abdur Raheem Green and the latter’s “iERA” group. 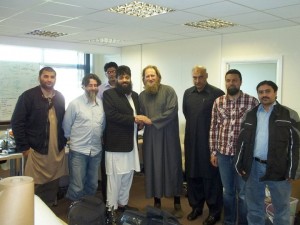