It appears the audience was more sympathetic to the former.

By the way, you know who else used to smear former Communists who had long since rejected and left the party– don’t you? 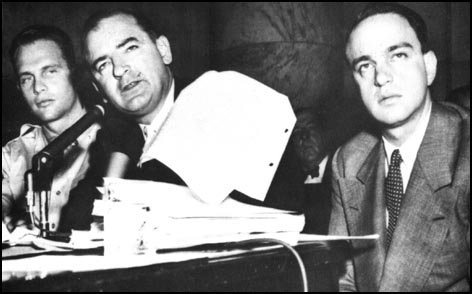 Though Cowards Flinch has some apropos observations.

Update: Harry writes in the comments:

Of course Galloway is also lying – Aaronovitch was never a Stalinist. He was well-known as a Eurocommunist – a term that now seems very, very dated but which at the time broadly identified someone as being on the left-social democratic, reform wing of the European communist parties and explicitly *anti-Stalinist*.

If the likes of Aaronovitch could be labelled as anything in relation to Soviet politics it would be pro-reform, pro-Gorbachev.

Galloway knows this full well – he was among that strange collection of left-Labour MPs who broadly sided with the Morning Star/Stalinite tendencies in the labour movement against the likes of Aaro and the Euros at the time.

But then, Galloway doesn’t even try to hide his dishonesty anymore though does he?