Lord Ahmed has embarrassed the Labour Party on countless occasions. He gave a lobby pass to a representative of MEMO, the pro-Hamas group, and has participated in trips to visit the Hamas leadership. He booked a room in the Lords for the antisemitic hate preacher, Raed Salah. He met with the dead Al Qaeda fundraiser, Abu Rideh. He campaigned for the admission of the banned hate preacher,  Zakir Naik. He supported the anti-Labour, pro-Islamist Mayor, Lutfur Rahman. He invited the neo Nazi who calls himself “Israel Shamir” to the Lords. He killed a father of two.

In an expression of solidarity with Lashkar-e-Taiba (LeT) Chief Hafiz Muhammad Saeed, British parliamentarian of Kashmiri origin Lord Nazir Ahmed has announced a reward for the captor of US President Barack Obama and his predecessor George W Bush.

He made the announcement at a reception arranged in his honour by the business community of Haripur on Friday. Former foreign minister Goher Ayub Khan, Jamiat Ulema-e-Islam-Fazl’s (JUI-F) central leader Hafiz Hussain Ahmed and provincial Minister for Education Qazi Muhammad Asad were also present on the occasion.

Lord Nazir said that the bounty placed on Saeed was an insult to all Muslims and by doing so President Obama has challenged the dignity of the Muslim Ummah.

“If the US can announce a reward of $10 million for the captor of Hafiz Saeed, I can announce a bounty of 10 million pounds on President Obama and his predecessor George Bush,” Lord Nazir said, adding that he would arrange the bounty at any cost even if he was left with the option of selling all his personal assets, including his house.

Expel him from the Labour Party.

Expel him from the Lords.

Use the proceeds to pay for his ticket to stand trial in the United States. 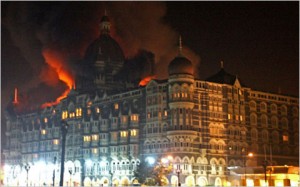 Hafiz Mohammad Saeed
is the founder of Lashkar-e-Tayyiba, which was designated by the U.S. Department of State as a Foreign Terrorist Organization on December 20, 2001. Saeed participated in the planning of the 4-day-long terrorist assault on Mumbai in November 2008 that left 166 individuals dead, including six U.S. citizens. Saeed and his organization continue to spread ideology advocating terrorism, as well as virulent rhetoric condemning the United States, India, Israel, and other perceived enemies.

On December 10, 2008, Saeed was listed at the UN 1267/1989 al-Qa’ida Sanctions Committee as an individual associated with the al-Qaida terrorist organization and, thus, subject to international sanctions.