Officials in Tunisia say two bloggers have been jailed for seven years after posting cartoons of the Prophet Muhammad on the internet.

The Ministry of Justice said the men had put naked caricatures of the prophet on their Facebook accounts.

Activists have criticised the sentences and voiced fears that they could herald a clampdown on free speech.

As Egypt prepares for what should be its first ever free and fair presidential elections next month, a late entry to the race, the Muslim Brotherhood’s Khairat al-Shater, looks like he might steal the show entirely.

The millionaire businessman, and the influential Islamist movement’s chief financier, was named the Brotherhood’s official candidate a week ago. The group had for months promised not to put forward its own candidate.

The BBC report does not contain this tidbit, from Egypt Independent:

“I will rely on people of experience to help Parliament achieve that goal,” Shater said during a meeting of the Islamic Legitimate Body of Rights and Reformation, a moderate body of Islamic scholars, according to the group’s website, which quoted his remarks in a statement. 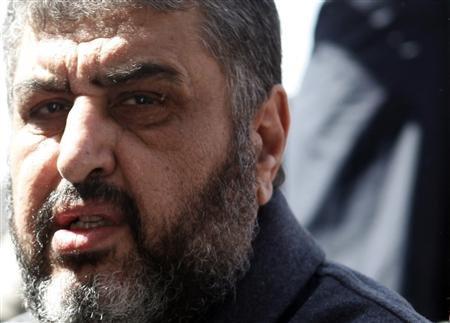