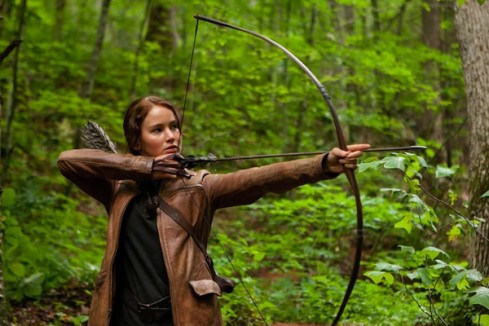 Has Fox News sounded the alarm about this yet?

If you haven’t heard of “The Hunger Games,” let’s just say you will soon. The big-screen version of Suzanne Collins’ best-selling, young adult novel opens March 23 and is expected to rake in more than $100 million in its opening weekend.

The movie will be huge … and violent. Collins’ novel is a savage story of a dystopian future when North America has been annihilated by wars and replaced by an empire called “Panem,” where the people are ruled by “the Capitol.”

Every year, the Capitol rounds up a herd of youngsters from all 12 of Panem’s districts and sends them to slay one another in a televised battle called The Hunger Games. The fight is meant to remind the Panem citizenry who the boss is around here.

The results are brutal. Heroine Katniss Everdeen — who hails from the Panem mountain range formerly known as the Appalachians — battles the better-trained, well-funded jerks from the privileged districts. It’s like the Other 99 Percent versus the Preppies, except with spears, bows, knives, explosives and other implements of destruction!