This photo, of a young Iranian voting in the country’s parliamentary election today, appeared on the website of the semi-official Mehr New Agency. 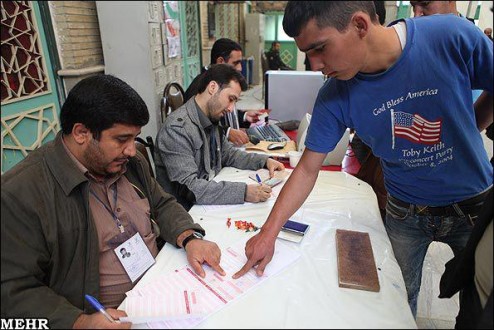 The farcical election, which amounts to a murky power struggle among Iran’s ruling elite, is being boycotted by the Green movement. More than a thousand would-be candidates were excluded by the Guardians Council, a panel of conservative jurists and clerics.

So what’s up with this picture? Is the regime so anxious to boost turnout that it is appealing to pro-American Iranians?