First there were the botched attacks in New Delhi, Tbilisi and Bangkok.

Now this photo has emerged from a pro-Iranian regime demonstration in Tehran: 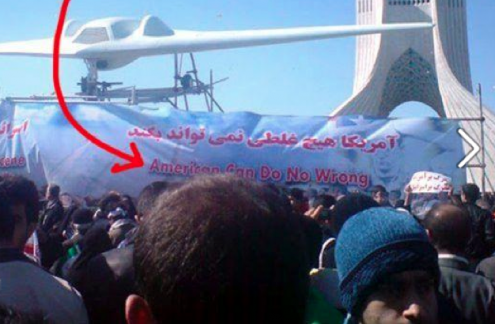 The state sponsored slogan is Ayatollah Khomeini’s famous saying “America can not do a damn thing” but on the 33rd anniversary of the 1979 Islamic revolution, the slogan is translated as ‘America Can Do No Wrong’

Actually I believe the sign says “American Can Do No Wrong,” but that’s the least of it

Personally, I would not want to be the Baseeji who made this particular mistake. But I suppose he could argue in his defense that, after all, the founders of Google, Larry Page and Sergey Brin, are halachically, um, Zionists.