You may have seen the bizarre photos from a ceremony in Iran marking the 33rd anniversary of Ayatollah Khomeini’s return from exile. 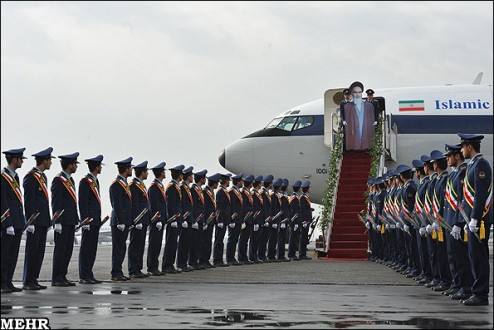 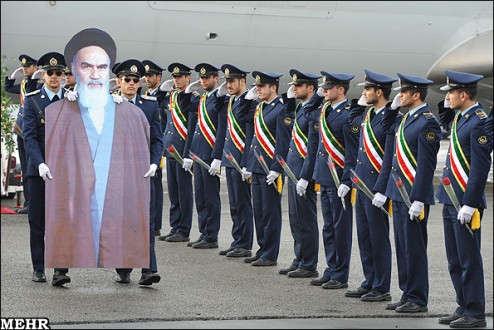 I suppose comment is superfluous, although I understand George Galloway was moved to tears.

But I can’t help wondering why the two soldiers carrying the cardboard Khomeini are wearing dark glasses. Is it to keep their own lowly visages from distracting attention from the Great Man?

I think it has the paradoxical effect of making them look much cooler than the ayatollah.

Sparks released a track a few years ago, with a video that is strikingly reminiscent of this scene:

Update: Turns out the Cardboard Khomeini has been on hand at quite a few iconic events and locations.

And yet another Cardboard Khomeini turned up at a ceremony with Iran’s education minister and other officials. Have you ever tried to engage in small talk with someone who won’t open up and just sits there? Imagine how they felt.