Blogger Eva S. Balogh reports on a demonstration in Budapest in support of the government of Prime Minister Viktor Orbán, organized by leading figures of the Hungarian extreme and antisemitic right.

They included Zsolt Bayer, whose anitsemitism we have previously highlighted. 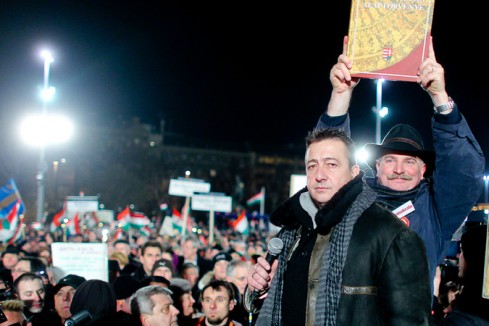 Zsolt Bayer and behind him András Bencsik, editor of the antisemitic weekly Magyar Demokrata, holding the new constitution 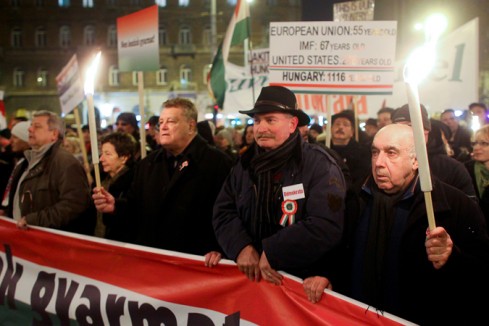 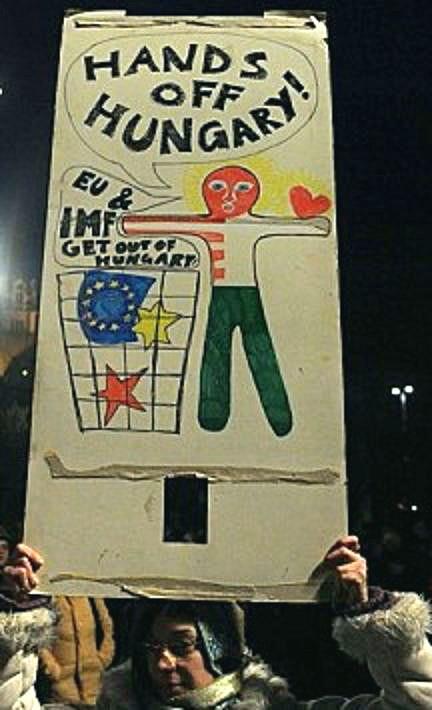 Sign depicting a Magen David and an EU symbol being thrown in a wastebasket.