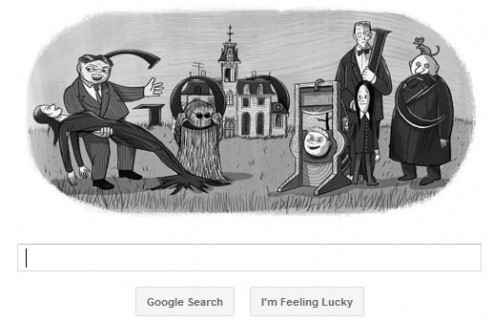 Google reminds us that today is the 100th anniversary of the birth of the late New Yorker cartoonist Charles Addams.

Given the nature of his drawings, wishing Mr. Addams a happy birthday doesn’t seem quite apropos. I’ll simply note that he drew the most awful cartoon (in the second sense of the definition) I’ve ever seen in my life.

Alec adds: And, from the playfully macabre to the haunted-by-past-experiences stuff.