Disagreeing with Nick Cohen is not something I’m particularly eager to do. After all, the man saved my mental health with his book ‘What’s Left?’ just as swathes of the British Left had me almost convinced that I must be the one losing my sanity. But sometimes – however uncomfortable – things have to be said and I believe this is one of those times.

Both Nick Cohen’s article in The Observer of December 31 and James Kirchick’s New York Daily News piece from January 2 are based upon the December 2011 Henry Jackson Society report entitled ‘Intervention in Syria?’ written by Michael Weiss – yet another man whose work merits much respect.

But I believe that in debating the pros and cons of NATO or other foreign military intervention in Syria all three of the above writers have neglected to address certain aspects of the potential scenario which should not be ignored.

A relatively small portion (section H) of the HJS report discusses the potential role of Israel during foreign military intervention in Syria.

In order to distract from international attention on Syria, the Assad regime used Nakba and Naksa Day to encourage Palestinian refugees to raid the Golan Heights, where many were killed by Israel Defense Forces (IDF) soldiers or blown up by land mines. There is every reason to assume that the regime would similarly attempt operations in the Golan or by launching army or missile attacks at Israel to draw an IDF response and thereby turn a domestic crisis into an Arab-Israeli one.

The Assad regime has been planning and preparing to embroil Israel in the internal Syrian conflict to divert international attention and to legitimate the conspiracy theory that the Syrian uprising was a Western intelligence- or “Zionist”-concocted affair. This theory may have duped some credulous observers in the early weeks and months of the uprising, but the chances are slim that it will be taken seriously after almost a year of documented atrocities, countless eyewitness testimonies, coupled with a decisive shift against the Assad regime by an overwhelming majority of Arab opinion, and the Arab League’s suspension of Syria and imposition of sanctions.

Nevertheless, in order to avoid turning the Syrian revolution into exactly the kind of regional conﬂict the regime has been hoping for, Western powers should persuade Israel not to be goaded into responding if the regime launches missile attacks on Israeli territory or again provokes raids onto the Golan Heights. Forbearance is morally and physically difficult, but it worked during the First Gulf War.

Let’s boil this down into everyday terms; what is being proposed here is that Israeli civilians should be expected to put up with – and, more importantly, not react to – cross-border infiltrations and missile or other attacks on the part of an army known to have chemical and possibly biological weapons in its arsenal. In other words, Syrian lives are to be saved by means of voluntary self-sacrifice on the part of Israelis.

I’m having difficulty in seeing the logic in this proposal. As horrendous as the current situation in Syria is, it surely cannot justify endangering lives in another country. In purely personal terms, I have little motivation to spend weeks running up and down the steps of my neighbourhood air-raid shelter at all times of the day and night, to try to comfort my six-month old grandson through his gas mask or to spend hours at a time in lock-down whilst potential terrorists roam the region – all in aid of people who regard me as a mortal enemy. 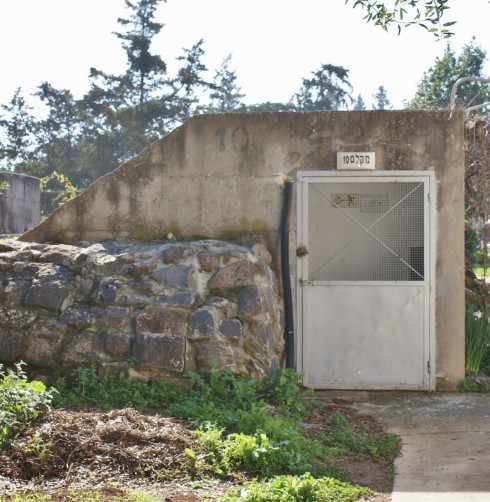 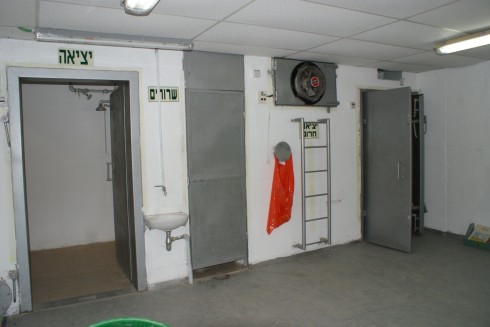 Is such a suggestion even practical? It should be obvious that no Israeli government can outsource the nation’s security to foreign powers and in particular not to NATO member nations, many of which have an inglorious record of (at best) indifference to Israel’s security and – as the past year has highlighted – are pretty clueless about the Middle East as a whole.
The bitter experiences with impotent UNIFIL forces in Lebanon have made Israelis naturally reluctant to take any foreign promises at face value. The EU’s propping up of PA finances whilst that body orchestrated and carried out the mass slaughter of Israeli civilians during the second Intifada taught the people of this country that Europe is disinterested in their personal security.

Michael Weiss’s Gulf War model is both inaccurate and twenty years out of date. Leaving aside the fact that what Israeli civilians got in return for their restraint was a job not completed by coalition forces and a re-run of sealed rooms and other preparations for war 12 years later, Israeli inaction in 1991 was only possible because Saddam Hussein’s Scud missiles did not have chemical warheads as suspected and – whilst damage was widespread – the loss of life was relatively small. The distance between Iraqi forces and Israeli civilians (at least until the very end of the war) was also highly significant in that it made the mode of attack limited and predictable.

The situation with Syria is, however, entirely different both from a geographical and technical point of view. No Israeli government could remain inactive were civilians to suffer chemical or biological attacks or ignore mass casualties as a result of conventional warfare or cross-border terror attacks and neither could it rely on NATO or other foreign forces to prevent or contain such scenarios.

Equally disturbing is the apparent naivety of proponents of intervention in Syria regarding the opposition forces in that country. The suggestion in Michael Weiss’ report that a new post-Assad order in Syria would show any less antipathy towards Israel is clouded by the fact that the Syrian National Council which now appeals for international intervention is dominated by the Syrian Muslim Brotherhood and that it is at odds with other opposition forces as represented by the rival NCB which opposes any foreign intervention.

My own attempts to understand the forces at work behind the Syrian uprising led me last year to the Druze villages in the northern Golan Heights where I met up with some of those engaged in getting footage of Assad’s atrocities out of Syria and into the wider world. Some of those supporters of the Syrian opposition have links to the Muslim Brotherhood’s ‘European Campaign to End the Siege on Gaza’ and the PFLP and their interpretations of the situation in Syria and the Middle East as a whole indicate a mind-set far removed from the pursuit of peace with Israel.

My moderate Druze contacts in the northern Golan recently reported hitherto unheard of incidents within the Druze villages themselves such as Islamist-style attempts to close down cafes selling alcohol and confrontation between anti-Assad elements and Druze contractors working to repair the border fence damaged during last year’s ‘Naqba Day’ infiltration. Could a NATO-enabled regime change in Syria facilitate the strengthening of Hamas and Muslim Brotherhood-linked elements inside Israel and possibly spark another Intifada? I believe that possibility cannot be ignored, particularly given the traditional Druze adherence to ‘strong horse’ policy.

Nick Cohen’s appraisal that “[a] failed state and nest for terrorism will sit on the edge of the Mediterranean” if Assad is not removed from power by Western intervention rings more than a little hollow with those of us who have watched Western politicians from those very same NATO states fawning over Hamas in Gaza and Hizbollah in Lebanon for years. It certainly contributes nothing to convincing me that I must agree to my fellow citizens being put in danger due to a NATO plan to boost the fortunes of a Syrian opposition ideologically and practically linked to Hamas via the Muslim Brotherhood or that Western consciences now unable to tolerate the sight of torture and killings on the streets of Homs and Dara’a will be similarly uneasy next time Israeli civilians are murdered by Hizbollah rockets.

What began as the violent repression of opposition to a brutal dictatorship in Syria has evolved into a civil – and even a religious/sectarian – war. Assad’s removal from the scene by Western forces is unlikely to bring that war to a halt as the typically Middle Eastern round of revenge and retribution which would follow is inevitable. Factor in the competing Sunni/Shia struggle both to fill the vacuum which Assad’s fall will create and to take ownership of the ‘Arab Spring’ in general and what we face are many years of regional instability. That instability is going to occur whether the West intervenes or not and there is little reason to believe that king-making by the West of elements it barely understands will do anything to make it shorter or less violent.

It is easy to identify with the horror expressed by Nick Cohen and others with regard to the events of the past nine months in Syria. There is no doubt that it is morally difficult to stand by and watch the slaughter of civilians at the hands of a brutal regime. But before the West rushes in with military action designed at least in part to appease its own conscience and moral standards, it is imperative to think things through properly in order to avoid arriving at a hell reached by good intentions.

Difficult as it is for Western minds to accept, there are some problems which cannot be solved and some dilemmas to which there is no right answer.