Press TV has the story!

Iran’s embassy in London has been attacked by a group of anti-revolutionary elements in an organized campaign after its closure by the British government.

Reports suggest that the residence building of the Iranian ambassador to London has also been targeted.

The report went up at lunch time, yesterday. 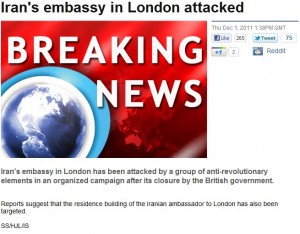 Shockingly NO OTHER NEWS SOURCE has reported this important development! It is almost as if there is an international conspiracy to prevent the world from knowing that a significant diplomatic violation has taken place.

Sadly, there are NO PHOTOGRAPHS of these “anti-revolutionary elements” attacking the Embassy. I can only assume that this is a coordinated attempt to make Press TV look as if it was the sort of station which published Holocaust denial material, broadcast coerced interviews of torture victims, and promoted LSD-induced conspiracy theories about the death of Neda, and which therefore couldn’t be trusted to know truth from fantasy.

Perhaps Ken Livingstone can raise this as an election issue.

Alec adds: meanwhile, in other real news, Mesquito puts up his Xmas lights. 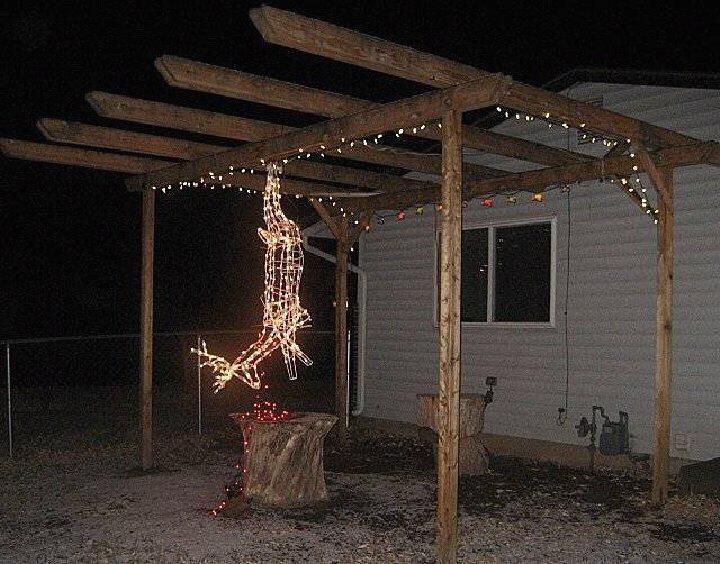 Well worth reading is this piece from Index on Censorship:

“I think Press TV will be under a lot of pressure,” he said. “It will either be shut down or will have to modify its programmes.”

The Communications Act 2003 requires that a licence is held by the body that is in effective control of the TV service. While Ofcom was deliberating on sanctions, evidence came to light that it was the Tehran office that was in effective control of broadcasts rather than the London-based body that holds the Ofcom licence. Press TV now has 35 days to bring the service back into compliance by applying to transfer the licence to the correct body.