As you might expect, a whole bunch more is now coming about about Bob Lambert, the police spy who ran a string of infiltrators into Left wing organisations, and who also posted as an activist with London Greenpeace. 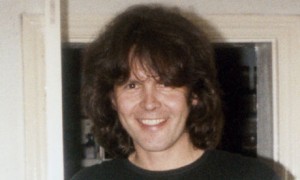 A former police spymaster who spent years living deep undercover in the protest movement has confessed he tricked an innocent woman into having a long-term relationship with him, as part of an elaborate attempt to lend “credibility” to his alter ego.

Bob Lambert, who adopted a false identity to infiltrate leftwing and animal rights groups, said he had the 18-month relationship with the woman, who was not herself involved in political activism, as part of his cover story.

In a statement, he offered an “unreserved apology” to the woman, who does not want her identity to be revealed, and said he was also sorry for deceiving “law-abiding members of London Greenpeace,” a peaceful protest group.

His former partner, who recently discovered the long-haired political activist she had the relationship with in the 1980s was actually an undercover police officer, said she felt “violated” by the experience.

“I was cruelly tricked and it has made me very angry,” the woman said. “I am actually quite damaged by the whole thing. I am still not over it.”

Police chiefs have claimed that officers who spy on protesters are not permitted “under any circumstances” to sleep with activists. But police spies are known to have been having relationships with activists as recently as last year, as part of a secret police operation to monitor political activists that has been in place since the late 1960s.

Another undercover police officer, Peter Black, said sex was a widely used “tool” to gain the trust of activists when he was deployed in the 1990s.

The woman duped by Lambert said their relationship came to an end more than 20 years ago after the man she knew as “Bob Robinson” vanished from her life, claiming to be in hiding from special branch. Lambert was, in fact, a special branch detective and would go on to rise through the ranks of the covert unit to a position in which he managed the deployments of several other spies.

You’ll remember that somebody who knew Lambert in those days, believes that he is the officer who appeared earlier this year on a BBC Radio 4 programme, denying that he’d “crossed the line” by having sexual relationships, while deceptively posing as Left wing activists.

If that was indeed Lambert, it appears that this denial was indeed a lie.

Also serious is the following snippet of news:

Lambert is currently subject to a Metropolitan police review into whether he was prosecuted in a court using his false identity. The force is considering whether to refer his case to the Independent Police Complaints Commission (IPCC).

Lambert again insists that his role in the “Muslim Contact Unit” was not to spy on Muslims. As I’ve argued, the truth is actually worse. Unlike ordinary paid informants, who are given pocket money in exchange for assistance, Lambert’s Islamist partners were actively promoted and defended by Lambert, and rewarded with political influence. The partnership is a two way street: Lambert’s own European Muslim Research Centre is funded by two Muslim Brotherhood front organisations, the  Cordoba Institute and Islam Expo.

Bob Lambert’s partners are so wedded to this arrangement that they literally cannot afford to drop him. Last week, we saw that Daud Abudllah, who signed the pro-terrorism Istanbul Declaration, came out fighting for his old mate on the pages of CiF. Lambert himself offered a semi-apology on those same pages.

As I explain in the Guardian, in the 1980s I was deployed as an undercover Met special branch officer to identify and prosecute members of Animal Liberation Front who were then engaged in incendiary device and explosive device campaigns against targets in the vivisection, meat and fur trades.

As part of my cover story so as to gain the necessary credibility to become involved in serious crime, I first built a reputation as a committed member of London Greenpeace, a peaceful campaigning group.

I apologise unreservedly for the deception I therefore practiced on law abiding members of London Greenpeace.

I also apologise unreservedly for forming false friendships with law abiding ctizens and in particular forming a long term relationship with [Name of person removed] who had every reason to think I was a committed animal rights activist and a genuine London Greenpeace campaigner.

I am grateful to Spinwatch for giving me an opportunity to apologise and also to begin a process on conflict resolution in this difficult and sensitive arena.

This will not be easy for any of us but as a result of the recent work I have undertaken with Spinwatch in defence of Muslim organisations, I am confident we can make progress.

Much of that work will need to be done in a safe environment especially if I am to do justice to my subsequent supervisory role of undercover officers.

A key concern here will be to balance the demands of fact finding with the need to ensure junior undercover police officers are not put at risk of serious harm or scapegoated by the media, politicians or police chiefs.

I should point out here that the vast majority of Met special branch undercover officers never made the mistakes I made, have no need to apologise for anything, and I deepy regret having tarnished their illustrious, professional reputation.

By working in partnership we have an opportunity to enhance public safety and to promote the value of non violent protest as a more effective tactic than political violence – whether committed by state or non state actors.

My deceptions in the 1980s were all premised on maintaining the fiction required to perform my undercover role.

I offer my new book Countering al Qaeda in London: Police and Muslims in Partnership as evidence of my ability to build genuine trust with groups campaigning for social justice and as a signal of my good faith moving forward.

I offer this reply as a preliminary contribution to what I hope will be a long term initiative.

It is clear, isn’t it, that Bob Lambert thinks that he can continue his work. With a smile, a few well chosen words, and the support of his mates, he’ll be able to get through this mess. I bet that’s how things rolled, whenever he risked discovery while infiltrating Left wing organisations, too

This situation reminds me, in some ways, of the disasterous saga of HM Customs and Excise and London City Bond. In that case, HMC&E entered into partnership with the owners of a bonded warehouse, who passed them information relating to relatively small scams involving import duty on alcohol. A series of convictions followed. In return, HMC&E allowed the owners of London City Bond to run their own scams: which resulted in a loss of £1 billion to the taxpayer.

When the disaster became public, HMC&E lost its power to prosecute criminal offences. Rightly so.

Bob Lambert has entered into partnership, not with smugglers, but with political organisations which support attacks on British troops overseas, and terrorism aimed at innocent civilians. They are cheerleaders of the most horrific misogyny, homophobia and antisemitism. They are institutions which not only hold these vicious beliefs privately, but actively and energetically promote them.

What Bob Lambert does, professionally, is to advance the cause of these organisastions. He vouches for them. He defames their opponents, including liberals who are Muslims.

That is why Spinwatch and the Islamist establishment will ultimately exonerate Lambert. They need him.

I’d missed this colour piece, which contains a shocking account of how Lambert effectively set his own girlfriend up:

A bizarre incident happened at about that time. By 1988, Jenny had moved into a Hackney flat with two others, who were not politically active. One day, special branch detectives raided Jenny’s home, letting slip that they were “looking for Bob”. He was not there. She remembers that one of the detectives picked up a pair of shoes and asked who owned them. They belonged to Jenny. The raid, the Guardian understands, was orchestrated by police to bolster Lambert’s cover story.

Essentially, Bob Lambert allowed his girlfriend’s house to be raided, in order to convince her and others that he was, indeed, the Animal Liberation Front extremist he pretended to be.

I don’t think one can believe a single word Lambert now says. He is a sociopath.