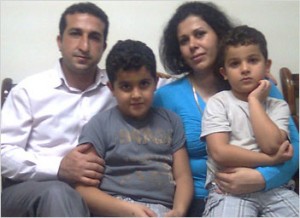 The New Statesman sets out various reports of the legal proceedings. It appears that that the issue in the case was originally whether he became a Christian when he was an adult. However, according to one report, the goalposts have shifted. He will be hanged because “the court has decided that he remains guilty of apostasy because he has Muslim ancestry”.

One of the more upsetting aspects of the case is this. As a matter of procedure, Nadarkhani has been given four opportunities to renounce his Christianity. He has refused to do so. Therefore, he may be hanged.

Powerful echoes of the Gospels.

Oh, and yes: Stephen Sizer has mentioned this case.

Email the Iranian embassy and urging them not to execute Nadarkhani.