This is a cross-post by Sohrab Ahmari and Peter Kohanloo, from the National Post. 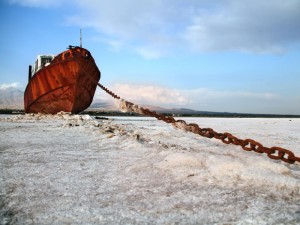 Iran’s Persian majority has for long drawn much of its humor from vulgar jokes told at the expense of the country’s minorities: the incorrigibly stubborn Lors of the southwest; the “honourless” Rashtis of the Caspian region; and – most commonly – the Azeris, who comprise almost a quarter of the population and are often derided as “Turkish donkeys.” While most are good-natured, these jokes nevertheless reflect ethno-sectarian tensions simmering just beneath the surface of Iranians’ otherwise polite mores and manners.

A typical Azeri joke runs like this: One day, Iranian Azeris took to the country’s streets to voice their frustration with Persian chauvinism. “The Azeris are all jewels atop Iran’s crown,” they chanted. “The Persians are the ‘Turkish asses!’”

For the past week or so, the Azeris of northwest Iran have staged an actual uprising, not against lame racist jokes, but against the policies of Tehran’s theocratic dictators. Specifically, they have been expressing their outrage at the desiccation of Lake Orumiyeh in Iran’s Azeri-majority provinces.