Carole Swords is a nasty racist, who was recently filmed telling Jews to “Go back to Russia“. She is awaiting trial in connection with an alleged assault on an elderly Jewish man, during an anti-Israel protest in Tescos.

You’ll therefore be unsurprised to discover that she is claiming that:

Carole Swords goes out of her way to stir up sectarian hatred. She has absolutely no shame at all.

habibi adds: have a look at her Facebook wall to see just how hideous the chair of Tower Hamlets “Respect” is. Two of the latest items: videos from poisonous racists Louis Farrakhan and Daryl Bradford Smith. 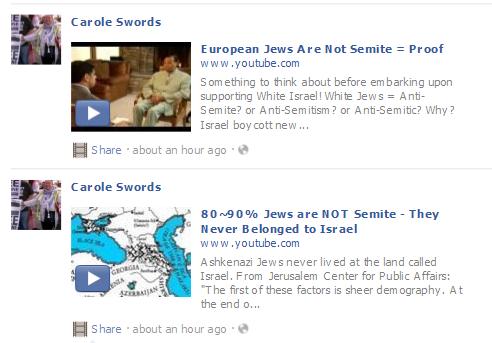 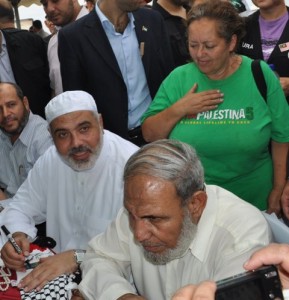 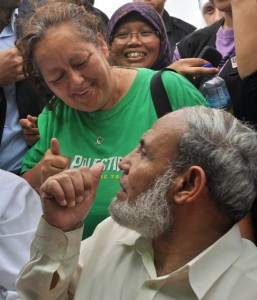 Just in case you had any doubt at all as to the proximity between the Jew hatred of the far Left and the far Right, here’s a piece by Nick Lowles of Hope not Hate from 2009:

BNP leader Nick Griffin has claimed that the English Defence League is being manipulated and directed by Zionists to create a race war on the streets of Britain. Trying to distance the BNP from any potential problem, Griffin and his deputy Simon Darby have set out in an audio message their position on the hooligan-based group.

And surprise, surprise – it’s all the fault of the Zionists.