The Hereford Three Choirs Festival 2012 Committee has invited the Shani Choir to participate in the Three Choirs Plus Programme during the Festival Week.

The Shani Choir consists of up to 30 Israeli and Palestinian girls, aged from 12 to 18 who have attained concert performance standards – a superlative repertoire that includes John Lennon, Palestrina and modern Arabic and Hebrew compositions. The girls will make a first visit to the UK to take part in the Festival, which will be set in Hereford between July 21st – 28th 2012. 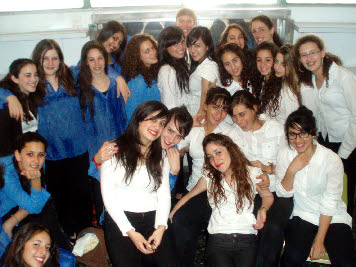