A couple of months ago I moved from Washington, DC, about 180 miles south to Lexington, Virginia, a town of about 7,000 in the beautiful Shenandoah Valley. 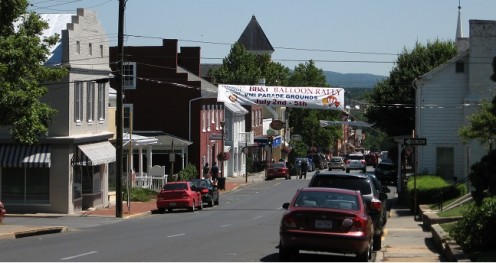 My niece also lives in the area (in a remote community in the woods) and teaches English and environmental studies at Washington and Lee University. In his post-Civil War incarnation, the former Confederate general Robert E. Lee served as president of the university (then called Washington College) and is buried in a chapel on campus.

I haven’t visited there yet, but I did stop to take a look at the final resting place of the Confederacy’s second most famous general, Thomas J. “Stonewall” Jackson, who died from wounds suffered when he was accidentally shot by his own side at the Battle of Chancellorsville. Before the war Jackson was a professor at Lexington’s Virginia Military Institute. 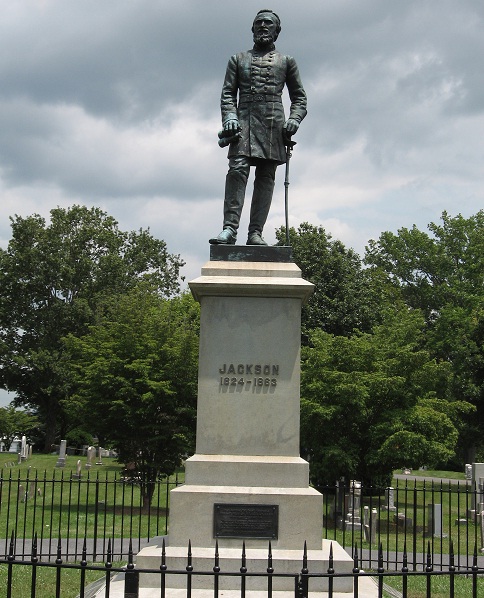 The plaque at the base of the monument reads:

British Soldier of the Highest Rank

“The fame of Stonewall Jackson is no longer the exclusive property of Virginia and the South: it has become the birthright of every man privileged to call himself an American.”

Well, if you say so, Field Marshal The Right Honorable Viscount, sir. Jackson may have been a brave, skilled and resourceful general, but he fought for a horrible cause (the right of slave owners to keep owning slaves).

I remained remarkably dry-eyed, but if George Galloway had been there with me, he probably would have blubbered uncontrollably. I suppose I would have had to comfort him, and, damn, I would have hated that.

So far I have found Lexington and its people for the most part quite congenial and the Confederate vibe rather low-key, with blessedly few Confederate battle flags on display. I’ve seen a number of cars with Obama bumper stickers from 2008, fewer cars with McCain bumper stickers and only one pickup with an “Impeach Obama” sticker.

However as Faulkner said, here in the South, “The past is not dead. In fact, it’s not even past.”