Carlos Latuff on the Jews:

“Pity that the Jews, mostly, dump centuries of humanist tradition, to support the criminal policies of Israel.”

Latuff won 2nd place $4000 as prize money, for his entry to Iran’s Holocaust cartoon contest of 2006: 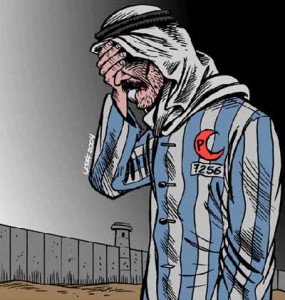 You should see some of the other entries that Latuff beat.

The CST runs a very good commentary on Latuff’s visual imagery, how Latuff deals with issues surrounding antisemitism and antizionism, and how anti-racists might approach Latuff’s work.

This week, the BBC is promoting Latuff as a cutting-edge arts commentator on the Arab Spring, and the Guardian is profiling Latuff as the “voice of Tripoli”.

Gene adds: The Latuff cartoon featured by The Guardian (see below) is an example of what I call the anti-imperialism of boneheads. 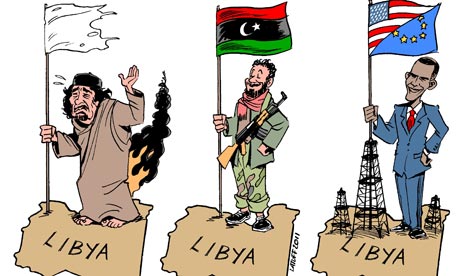