Rebel forces are closing in on Libyan dictator Moammar Gadhafi as rebels began what is being called the first true assault on Tripoli, hitting it from three fronts and with help from NATO war planes in the sky overnight.

That follows two very significant victories this weekend as rebels took control of cities just to the east and just to the west of Tripoli.

On Saturday, opposition fighters have captured the strategic Libyan coastal city of Zawiya on their march toward Tripoli.

Although of course nothing is certain, we can only hope this presages a better future for Libya. And I think it’s safe to assume that once Gaddafi is gone, the Libyan people will remember who took their side at a crucial moment, and who didn’t. 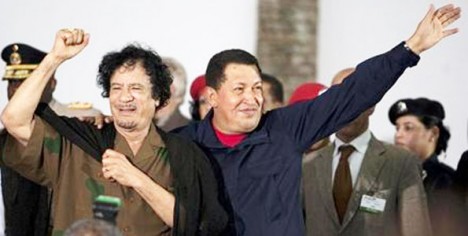 Update: EA WorldView is liveblogging the latest from Libya.

Update: Celebration in Green Square (renamed Martyrs Square) in the heart of Tripoli: