This is a cross-post by Peter Kohanloo and Sohrab Ahmari, from Foreign Policy Digest. 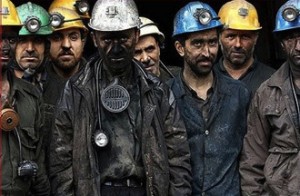 Iranian workers were not at the forefront of the country’s recent pro-democracy uprising. With a few notable exceptions, that struggle was spearheaded by students, women, professionals, and other members of the urban middle class. Yet Iran has a rich history of labor activism. Labor played a decisive role in the 1979 revolution that overthrew the Shah and gave rise to today’s Islamist dictatorship. Despite a brutal government crackdown against independent trade unionists, workers continue to take industrial action to secure their basic rights. Moreover, the increasing domination of the Iranian economy by the regime’s repressive apparatus – most especially the Islamic Revolutionary Guard Corps (IRGC) – is transforming a hitherto economic confrontation into a fundamentally political one.

Westerners often view Iran’s pro-democracy movement as an “elite” phenomenon. That perception is correct – but only to the extent that Islamic Republic elites led the reformist “Green” movement that grabbed headlines during the disputed 2009 election. Iranian workers have not wholeheartedly embraced the Green agenda. That is largely due to the fact that the Greens have not, for the most part, addressed labor grievances in forceful and concrete terms.

Throughout the 20th century, however, the Iranian labor movement played decisive roles in the nation’s political development. In 1906, for example, leather workers organized Iran’s first industrial action in support of the constitutional revolution. And by staging mass protests that “shut down the flow of oil, electricity, and most government offices,” labor activists tipped the balance of social forces against the Shah during the 1979 revolution.