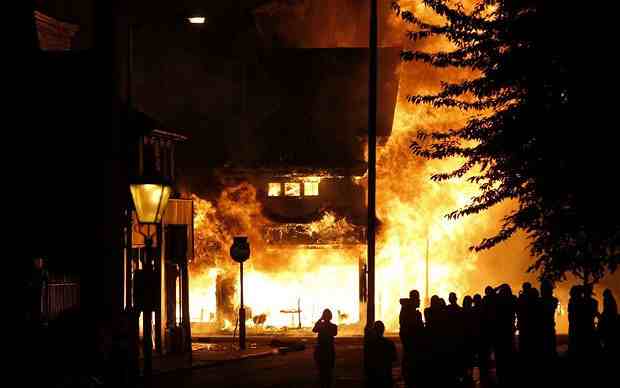 And, gawd, Darcus Howe is a prat.

Darcus appeared on BBC news on Tuesday 9th August 2011, where he portrayed the riots as an “insurrection”, comparing them with mass demonstrations in the Arab world and other regions. He also falsely, and with inflammatory bile, stated that police had shot Mark Duggan in the face and had “blown his head off”. A post-mortem clearly showed that Duggan had actually died as a result of a single gunshot to the chest. When challenged by the host, he then describing himself as an old Caribbean “negro” At this point Howe was taken off air.