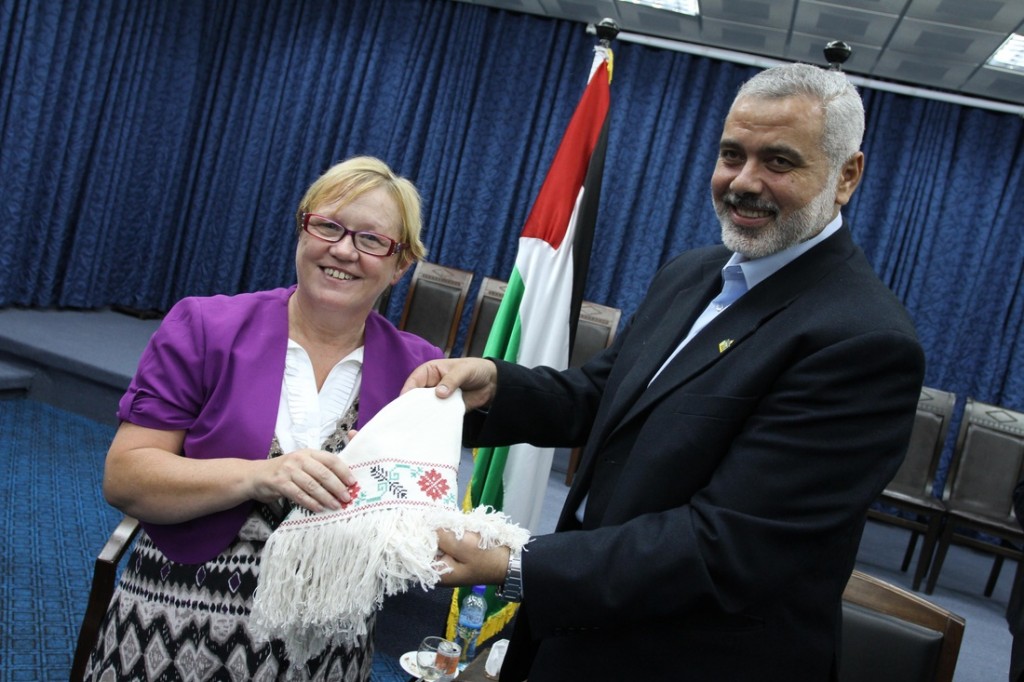 Here is the Labour MP for Ayr Carrick & Cumnock, Sandra Osborne. She says:

We were also able to meet with Ismail Haniyeh who is recognised as PM in Gaza (while Fayyad is still seen as PM in the West Bank), who heads up the successful Hamas Parliamentary Group. He is a popular figure, living modestly locally in Gaza. He has been pivotal in taking Hamas down a more moderate road leading to a renunciation of violence and keeping the more militant factions within Hamas under control while promoting engagement with rival Fatah. We discussed a wide range of issues but he made it clear that some of the most important could not be seriously addressed until Israel recognised the Palestinian State and real progress was made. 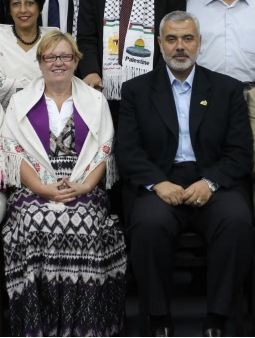 This is what Sandra Osborne believes:

Peace and justice in the Middle East can only be achieved through the implementation of international law and respect for human rights. In respect of Palestine, this means a viable two state solution that delivers justice and freedom for the Palestinian people as called for by the overwhelming international consensus and enshrined under international law and in UN resolutions.

This is what Haniyeh believes:

We won’t recognize Israel and we won’t make any concession on any of our people’s legitimate rights, mainly the right of return,” said Haneya.

This is what Hamas’ Mahmoud Zahar believes:

Meanwhile, Hamas is mocking the captive, Gilad Shalit, claiming that he has begun to adopt Muslim customs and is fasting for Ramadan. If Sandra Osborne MP enquired after his fate, there is no record of it in her account.

Translation: No objections, no opposition, no action.