One side-effect of the SNP’s surprise super-majority win in the Scottish Parliamentary elections will be having to deal with a high number of accidential MSPs; mediocre members without the necessary discipline to keep to the line of inclusiveness and tolerance which Alex Salmond has cultivated. As Stonewall Scotland releases a Gaelic language leaflet opposing anti-gay bigotry in schools, five such individuals – Bill Walker (Dunfirmline), Dennis Robertson (Aberdeen West), Gil Paterson (Clydebank and Milgavie), Richard Lyle (first list member for Central Scotland), Mike MacKenzie (third list member for the Highlands and Islands) – have called for recognition of the bigoted community by counter-signing a Motion for a Holyrood debate on equal marriage:

That the Parliament notes the current discussion about same-sex marriages and the Scottish Government’s forthcoming public consultation concerning equal marriage; further notes that, while some in society approve of same-sex sexual relationships, others do not agree with them; desires that Scotland should be a pluralistic society where all minorities can live together in peace and mutual tolerance; believes that free speech is a fundamental right and that even when there is disagreement with another person’s views, that person has the right to express these views, and considers that no person or organisation should be forced to be involved in or to approve of same-sex marriages.

Mazkenzie has the potential to embarass his Party all the more after being admonished by a sheriff for attending an induction ceremony for new MSPs in May instead of a court appearance where he was accused of, and subsequently found to have defaulted on a £4,000 electrician bill owed by his building company.

To be fair to the Motion author, John Mason (Glasgow Shettleston), he at least has experience in an elected position beyond local councillor, albeit for two years between a 365 majority over Margaret Curran in 2008 and a 11,840 loss to Margaret Curran in 2010 as MP for Glasgow East.

The Deputy Leader of Scottish Labour, Johann Lamont would appear to consider support for gay rights to be more than a shibboleth, and asked if this were a “coded attack” on them. Although during the by-election campaign for Glasgow East, Mason had shown himself to be more prone to semi-articulate references to his Christianity, the effort here to elide the difference between forcing religious institutions to accept gay marriage (which I would not approve of) and requiring civil servants such as registrars to process marriage applications from eligible couples (which I would approve of) is a standard and easily recognizable attempt at deception.

Lamont also has called on Mason and his co-signatories to explain if they speak for the SNP, such as the bisexual MEP, Alyn Smith; or MP for Perth and North Perthshire, Pete Wishart whose appalled tweet puts it excellently: “John Mason’s nasty little anti gay marriage motion is just wrong, and really dissapointed that other colleagues have signed it”. 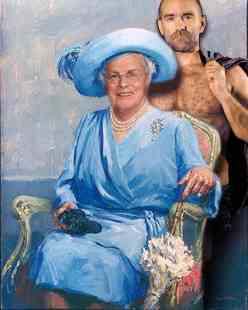