Press TV has published an article littered with antisemitic language that would have been at home in a Nazi propaganda rag. In fact, the Nazis are central to the piece. It’s just that, today, they are Jews:

The then British Prime Minister Vincent Churchill said 71 years ago in his Battle of Britain speech: “If we can stand up to him [Hitler], all Europe may be free and the life of the world may move forward into broad, sunlit uplands. But if we fail, then the whole world, including the United States, including all that we have known and cared for, will sink into the abyss of a new Dark Age, made more sinister, and perhaps more protracted, by the lights of perverted science…”

Today those “broad, sunlit uplands” of Churchill’s are again shrouded in storm-clouds.

Zionist infiltrators have succeeded where Hitler failed. The difference now is that the enemy’s invasion forces are not massing across the Channel. They are already here in the midst of UK and Britain is indeed on the brink of a new Dark Age, as the ruthless conspiracy masterminded by foreign interests expands its influence by stealth and by subversion and by intimidation.

We are at war for Israel:

The UK government spends large amounts of treasure and sends its troops to murder foreign civilians and die in foreign lands simply to support US-Israeli greed, destroying its own good name in the process.

In come the evil bankers:

It [the government] also allows civil society’s hard-earned savings to bail out Zionist bankers in distress and fund endless wars and the corporate and personal profits of those who promote wars.

Where did all this come from? An article by Stuart Littlewood, a deranged and disgusting Jew hater. Press TV doesn’t mention him but several passages are obviously lifted directly from this article. 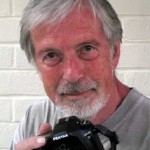 Stuart Littlewood on the look-out for evil Jews

Note the oh-so-contemporary trick Press TV employs. This is from Littlewood’s original article:

We allow MPs to place themselves under the influence of foreign interest groups and to abuse the principles that are supposed to underpin standards in public life.

We allow Jews to be hugely over-represented in our Parliament and to dominate key areas of our administration, including those related to security.

This is how it is rendered by Press TV:

The government has also allowed MPs to place themselves under the influence of foreign interest groups and to abuse the principles that are supposed to underpin standards in public life.

It has allowed Zionists to be hugely over-represented in the UK Parliament and to dominate key areas of its administration, including those related to security.

Why did they bother to swap “Jews” for “Zionists”? Perhaps because there are still many people who will fall for this trick, or rejoice at the legitimate outlet for their racist hatred they believe it represents.

Press TV rolled all this out in an article intended to boost Raed Salah.

Clearly he has found a kindred spirit in the sick Iranian propaganda channel.