Rebekah Brooks on paying the police:

Head of PR at the Met Police Dick Fedorcio: 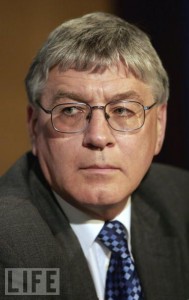 Sir Paul Stephenson on the need for a public inquiry into the police investigation into the NoTW scandal:

In a statement Sir Paul said: “Our initial assessment shows that these documents include information relating to alleged inappropriate payments to a small number of Metropolitan Police officers.”

He said that there was no evidence that any senior officers were in receipt of payments. Sir Paul said the new Operation Elveden inquiry would be “thorough and robust” and run in parallel with the Operation Weeting investigation into phone hacking.

He added: “Anyone identified of wrongdoing can expect the full weight of disciplinary measures and if appropriate action through the criminal courts.”

On Wednesday, a Labour member of Parliament made another startling assertion: that while Ms. Brooks was the News of the World editor, she was confronted with evidence that the paper was using unlawful means to interrupt a murder investigation whose two main suspects had ties to the paper.

The member, Tom Watson, said that senior Scotland Yard officials met with Ms. Brooks in 2002 to alert her of evidence that members of her staff were “guilty of interference and party to using unlawful means to attempt to discredit a police officer and his wife,” so that the officer would be unable to complete a murder investigation. Mr. Watson said the police officials named a senior News of the World executive, Alex Muranchak.

On Thursday, The Guardian reported that Mr. Muranchak had apparently agreed to allow the two murder suspects in the case  to use photographers and vans leased to the paper to spy on Detective Chief Superintendent David Cook, the lead detective.

The two men, private investigators named Jonathan Rees and Sid Fillery, were suspected of murdering their former partner, Daniel Morgan, who had been killed 15 years earlier. Their singling out of Mr. Cook included following him, his wife, and their children, trying to gain access to his and his wife’s voice mail and obtaining personal details about him from police databases.

Those details were found in the notes of Glenn Mulcaire, an investigator working for The News of the World whose notebooks were seized by the police and have formed the basis for much of the current criminal investigation into phone hacking.

The Guardian reported in February 2011:

Senior Metropolitan police officers were enjoying private dinners withNews of the World editors at the same time as the force was responsible for investigating the phone-hacking scandal, it has been disclosed.

A list of meetings that Scotland Yard has handed over to the Metropolitan Police Authority (MPA), which supervises the service, discloses eight previously unpublicised private dinners and five other occasions during which senior officers met with newspaper executives.

Two of the dinners came at particularly sensitive moments and are likely to revive fears that Scotland Yard’s handling of the phone-hacking affair may have been compromised by a desire to avoid alienating the UK’s biggest-selling newspaper.

In September 2006, the then deputy commissioner, Paul Stephenson, accompanied by the Yard’s director of public affairs, Dick Fedorcio, dined with the NoW’s deputy editor, Neil Wallis. This was only a month after officers had arrested the paper’s royal correspondent, Clive Goodman, and at a time when detectives were still trying to investigate whether other journalists or executives were involved in the interception of voicemail messages. In theory, Wallis was a potential suspect.

May: Stephenson – dinner with editor and Fedorcio

August: Assistant Commissioner Cressida Dick – at request of Stephenson met with deputy editor and chief lawyer of the NoW, together with two detective superintendents, where they were handed material alleging spot-fixing by Pakistan cricketers. This resulted in arrest and searches later that day

Tom Watson commented back in February:

“We never comment on what was discussed at private dinners but we would like to ask The Independent how many times the editor or senior staff met with senior policemen during the same period?”

I decided to extrapolate the figures to see how the picture would look if the Met had met other media outlets on the same basis as NoTW.

It shows that Sir Paul Stephenson between 2006 and 2010 would have shared hospitality 240 times. Here’s the PDF to show my working out.

LONDON — With Britain in an uproar over a report in the newspaper The Guardian that two tabloid newspapers owned by Rupert Murdoch have systematically used private investigators to tap the cellphone messages of public figures and obtain other personal details from confidential databases, a senior Scotland Yard officer said Thursday that there would be “no further investigation” of the matter.

The officer, Assistant Commissioner John Yates, made the announcement only hours after he was assigned by Sir Paul Stephenson, the head of Scotland Yard, to “establish the facts” behind the disclosures. Mr. Yates said he had ruled out a new police inquiry because the Guardian disclosures had added “no additional evidence” beyond a police inquiry of the two tabloids’ activities three years ago.

The Guardian today on Stephenson and the Met Police:

Scotland Yard is trying to identify officers said to have taken £100,000 in cash between them from the News of the World. Met commissioner, Sir Paul Stephenson, above, had claimed sums involved were small.