LUSH is a cosmetic company which sells soaps which look as if they’re home made. I have sometimes bought their products, when at a loose end for a present.

They have decided to back a song called Freedom for Palestine, which involves the 1990s band, Faithless. LUSH promotes the campaign and the song by pushing  the “Israeli Apartheid” lie.

The project began after Faithless guitarist, Dave Randall returned recently from the West Bank. What he saw there convinced him that life for most Palestinians living under the illegal Israeli occupation is at least as bad as that endured by black South Africans in the bad old days of apartheid. His inspiration was the Special AKA’s classic track ‘Free Nelson Mandela’ which was an introduction to many people to the anti-apartheid struggle.

The catastrophe facing the Palestinian people is one of the defining global justice issues of our time. A third generation of Palestinian children is now being brought up in refugee camps inside and outside Palestine, living in chronic poverty and denied the right to return to their family homes. Hundreds of thousands more Palestinians suffer discrimination over access to public services, land rights and employment within Israel itself. For those living in the Occupied Palestinian Territories, the situation is critical. Israel’s siege of Gaza has condemned its 1.5 million inhabitants to levels of poverty more commonly associated with sub-Saharan Africa – a humanitarian disaster with no end in sight. 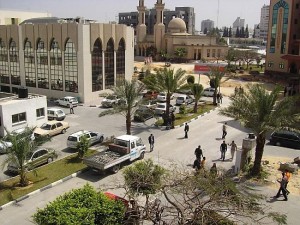 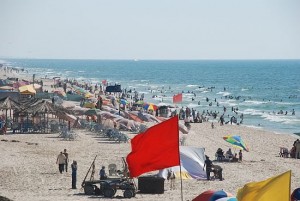 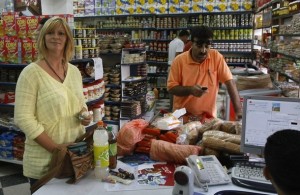 When a customer wrote to challenge their position, they replied as follows:

The history between Israel and Palestine is long, complicated and often under dispute. However, what is very clear is the level of suffering occurring today, in part due to the construction of the wall which is cutting Palestinian people off from vital health services and has dramatically increased poverty in the area. History does not excuse such suffering. It will take both sides to come to a solution, but what is also clear is that this is not a conflict of two equal sides and thus the onus must be on the dominating force, Israel. The OneWorld project is supported by both Palestinian and Israeli organisations and aims to help create peace for both sides.

The barrier was constructed as a response to the murder of civilians in Israel: which it has now almost completely prevented. By opposing it, LUSH aligns itself with those murderers.

Somebody should stage a die-in in LUSH stores.

I don’t see why I should give my money to these racists and liars.